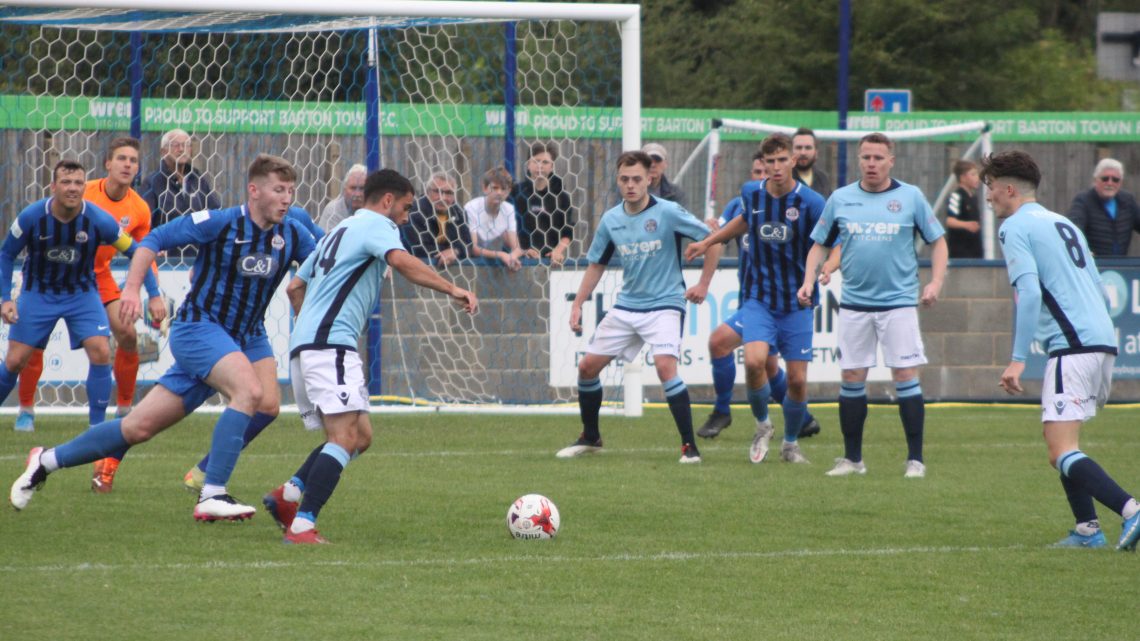 Swans lose out to nine-man Goole

Barton Town fell to a 3-2 home defeat to nine-man Goole AFC at the Easy Buy Stadium as Nathan Jarman’s hunt for a first win continues.

An early red card for Goole was followed up by Harrison Coley scoring his first competitive goal as a Swans player. However almost instantly Goole equalized after a free kick was rebounded in. Shortly after the break Luke Williams put Goole ahead before getting sent off for a tackle on Tom Davie.

There was only one change for the Swans as Josh Lacey returned to the side in place of Josh Baker, who is out for the next few weeks with a broken metatarsal in his foot.

Barton started strong, with Noel Burdett having a couple of efforts from the edge of the area go just wide, before Goole were down to ten men.

Sam Cable was given his marching orders for kicking out after a tackle, with referee Charles Mulhall giving him a straight red card.

Hinchliffe was next to have an effort at goal, as the Swans looked to capitalize on having an extra man. However it went just wide, but the Swans were soon in front.

Scott Matthews made a fine run and teed up Coley, who shot low into the bottom right corner for his first competitive goal as a Swan.

However three minutes later Goole were level. A free kick was drilled in which Mike Emery couldn’t hold onto. He parried it into the path of Mitch Pattinson, who put the rebound into the back of the net.

Hinchliffe had a few chances to restore the Swans lead before half time. A header was saved by the keeper before a lob went just over the bar.

Three minutes into the second half and Goole were ahead. Luke Williams shot low and Emery couldn’t reach it, the ball going in off the post. Five minutes later however he was sent off for a tackle on Tom Davie, Mulhall again showing the red card.

The Swans fought hard to get back into the game, Joe Simpson’s shot cleared off the line, before Mulhall gave the Swans a lifeline. Danny North was upended in the area and he pointed to the spot. Hinchliffe coolly slotted the penalty home to put Barton level.

Goole were then awarded a penalty three minutes from time, which Carl Stewart put past Emery to restore Goole’s lead. But the drama wasn’t yet over. Barton were awarded another penalty by Mulhall, with Hinchliffe hitting the post before the ball was cleared and the Swans remain without a win after three games.