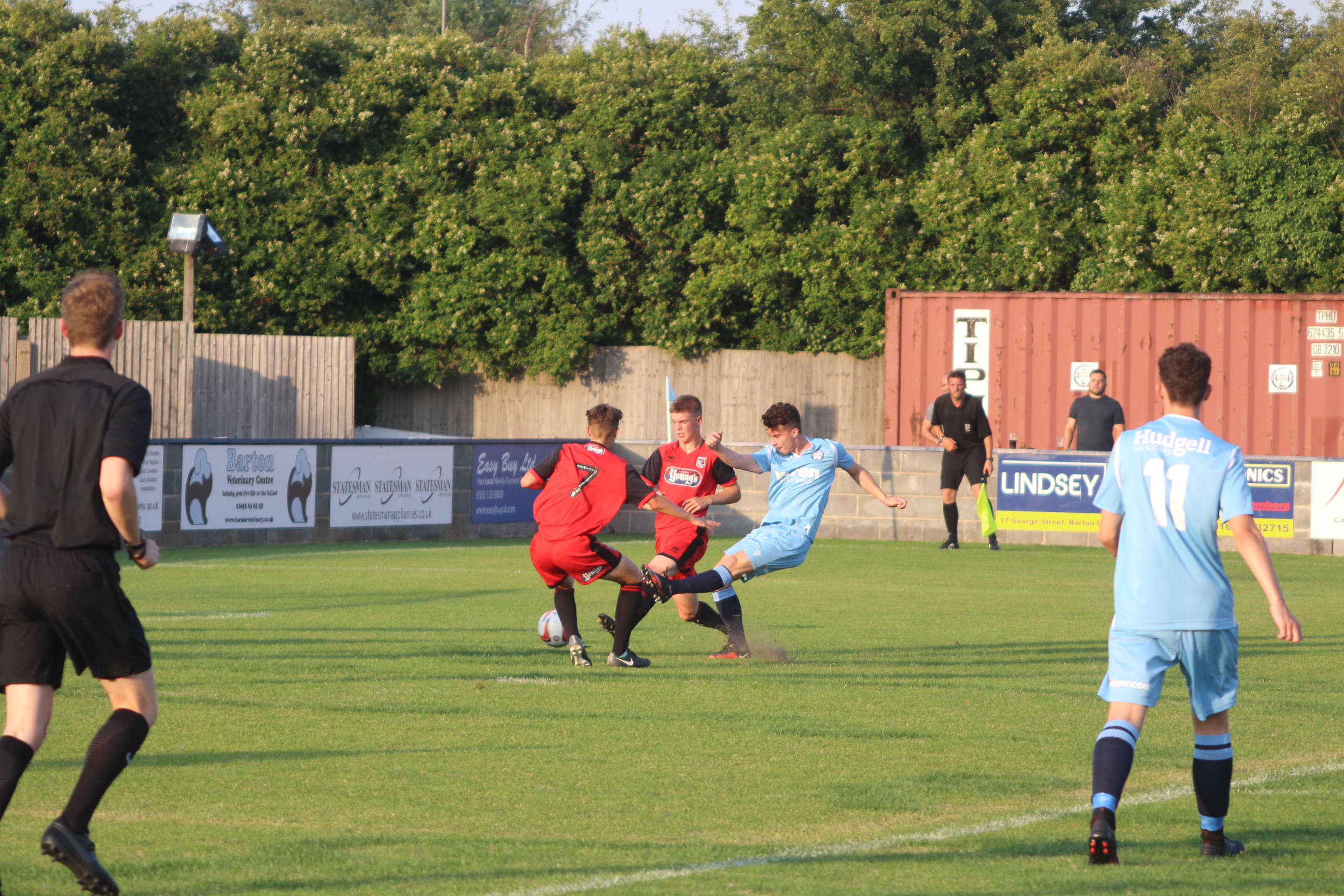 Barton Town secured a 2-1 win over a Grimsby Town XI thanks to first half goals from Joe Busby and Craig Disley.

Lennon Stead grabbed a late consolation goal for the Mariners, but it was the Swans who took victory in their latest pre-season friendly.

The Swans started off the brighter side, with Dave Ricardo using two nearly different sides in both halves as he continues to assess who his first XI are.

After a few early half chances from the likes of Reece Moody and Ben Hinchliffe, and some excellent diagonal balls from Levi Tarbotton finding Will Waudby on the left, the Swans took the lead on 14 minutes.

Waudby played a ball along the area to other wing back Busby, who’d made a fine run into the area and hit the ball first time past the Grimsby ‘keeper and into the bottom corner to put the Swans ahead.

Barton were playing great football, containing the youthful Grimsby side and playing counter-attacking football. While looking comfortable they managed to double their lead.

A familiar face to Mariners fans, having captained them and played for them for years, Craig Disley, now Swans captain, was on hand to score the second goal.

A fine cross from Busby found Hinchliffe, whose effort was tipped onto the bar by the Grimsby ‘keeper, and Disley was on hand to head the rebound into an empty net to score against his former club.

Barton had more chances to add to their tally, Reece Moody ran on to a fine through ball and looked to be in, but the ball rolled on into the grateful arms of the Grimsby ‘keeper.

The second half saw a raft of changes, as Swans boss Ricardo played every player available to him. Barton were comfortable throughout the match, with more great football being played.

There were chances for Mitch Langton and Tom Waudby, with the latter seeing his nice turn and shot blocked by a Grimsby defender.

Braedon Steel had a solid game as he continues to adapt following his move from Australia, but was dispossessed by Grimsby striker Lennon Stead, who ran through on goal and slotted past Sam Riches in the Barton goal to put the Mariners on the scoresheet.

The Swans hung on for victory and continue their impressive form going into the new season.