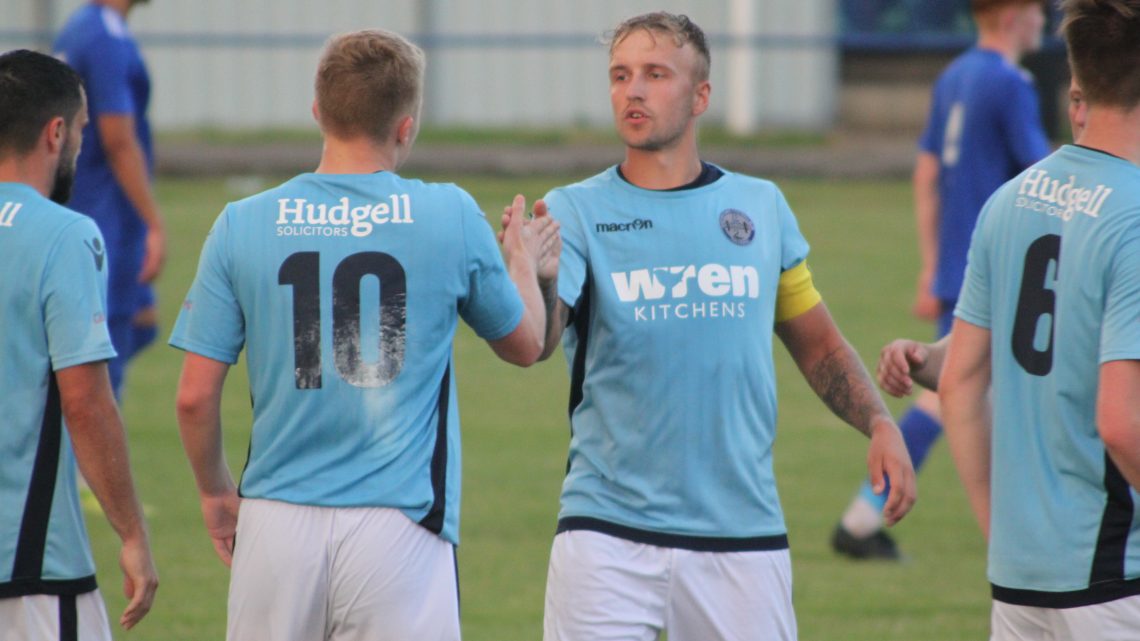 Swans pick up another pre-season win in Rossington

Barton Town’s pre-season preparations continued with another win over Rossington Main at The Welfare Ground.

After a goalless first half, Harrison Coley struck for his first goal in Barton colours. After an equaliser through Niall Doran, the Swans sealed the win through Josh Vickers shortly before full time.

Both sides started brightly, with the Swans being the first to have a chance on 11 minutes. Curtis Bateson stuck an effort which the Rossington goalkeeper saved. The rebound fell to Ben Hinchliffe whose shot was over the bar.

Hinchliffe had another effort on 18 minutes from the edge of the area but he dragged his shot just wide of the goal.

Rossington were resolute in defence and had chances of their own. They were a threat in attack but the Swans defence dealt with them in the first half.

Harrison Coley was next to have a chance on 37 minutes but put his shot just wide. The frustration was clear to see as he sought his first goal.

However shortly after the restart he finally got it. Dixon launched a goal kick, with Hinchliffe flicking the ball on to Coley. He held off a couple of defenders, took a touch, and struck from the edge of the area. His goal-bound effort ricocheted off the defender and into the back of the net.

There was relief on Coley’s face as he celebrated his goal.

Shortly after the hour mark Rossington were level. The ball fell to Niall Doran, and he struck low into the bottom left corner to bring the hosts level.

They almost scored a second in quick succession when they broke through but the resulting effort went agonisingly wide.

With the Swans pushing for a winner, substitute Josh Vickers managed to break clear, holding off defenders he smashed his effort past the ‘keeper to score a cracking counter-attack.

The win was secured and Nathan Jarman’s side head into the final pre-season friendly against Frickley Athletic at the Easy Buy Stadium on Saturday.