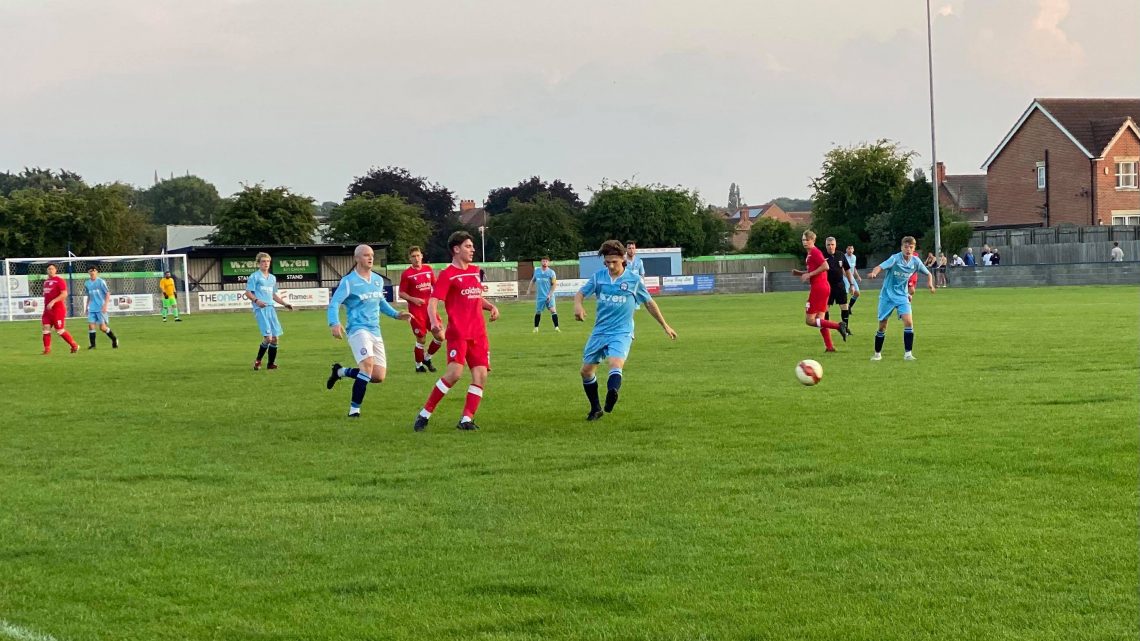 Liam Graham’s Reserves side continued their pre-season preparations with a 5-3 win over Grimsby Borough Reserves.

Jack Finnis, Luke Blackburn, Kadey Phillips, Joel Chapman and Adam Whall were all on target for the Swans.

Finnis opened the scoring in the third minute and it was two shortly after. On six minutes, Finnis was involved again as he ran down the line and pulled the ball back towards the edge of the box where Blackburn met the ball for a cool finish at the back post.

Two minutes later it was three, as the Swans ran riot. A free kick was looped into the area with Phillips rising highest to head the ball over the onrushing keeper and into the back of the net.

Finnis was yet again involved as it was 4-0 just before the half hour mark. He closed down the Grimsby ‘keeper saw the ball fall to the feet of Chapman, whose quick feet meant he could slot the ball home to extend the Swans’ lead.

Just before half time Grimsby pulled a goal back with a header from a freekick to make it 4-1 to the Swans at the break after their lightning start.

It was 4-2 on 63 minutes when a well taken shot from the Grimsby attacker was rifled in from 25 yards out into the top corner.

The Swans thwarted any comeback attempt and momentum caught by Grimsby by adding a fifth on 72 minutes. Lucas Robinson made a surging run from half way and was brought down in the area. Up stepped Whall to add the finish.

There was still time for one more goal with Grimsby grabbing a third. A 20 yard strike which was low past Swans ‘keeper Jack Dunn into the bottom left corner.

Swans pick up another pre-season win in Rossington