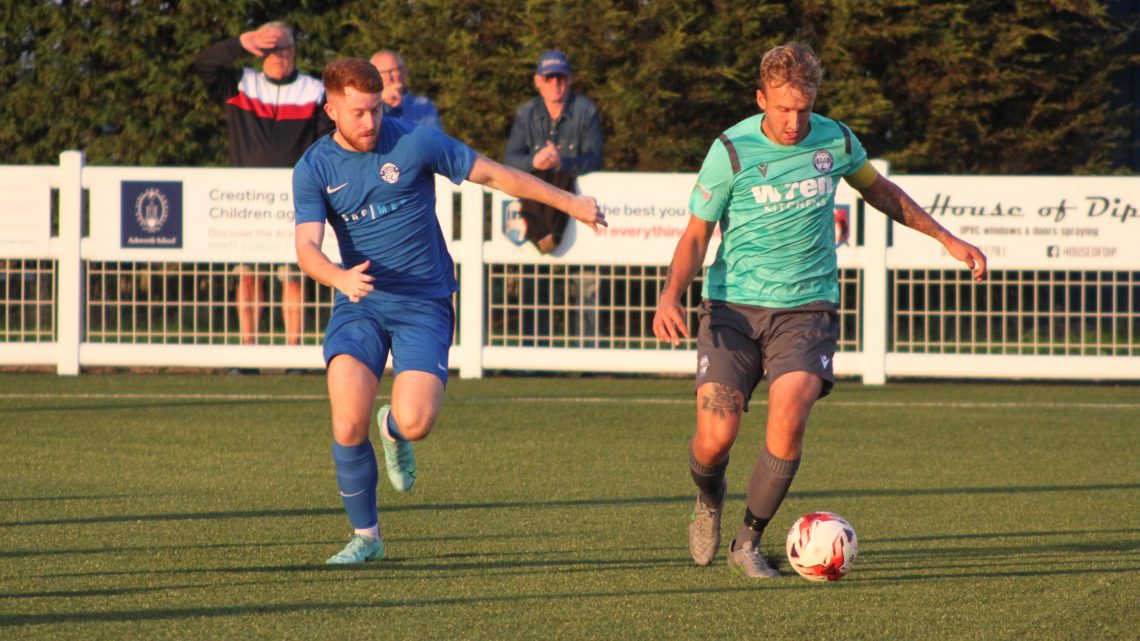 Barton Town picked up their first point of the season in a 1-1 draw away at Hemsworth Miners Welfare.

The Wells took the lead before half time through Jason Davison, with the Swans pushing for an equalizer and finding one through Ben Hinchliffe’s sweet volley. Mike Emery was the hero of the night however pulling off two point blank saves to protect the draw.

There were two changes to the side that lost to Maltby, with Jack Varley and Joe Simpson starting in place of Jamie Goddard (hamstring injury) and Luke Hemingway, who was on the bench.

It was the hosts who started brighter, with the Wells looking to find Kane Swinburn on the right hand side. They tried to spring the counter attack but some resolute defending meant the Swans kept the score 0-0.

The Swans grew into the game and were starting to get into some good attacking positions, but neither side was on top. End to end football but with little action.

On 36 minutes Hemsworth managed to make a chance and take it. Tom Davie’s misplaced pass fell to a Hemsworth midfielder, his through ball played in Davison who closed in on goal and shot low into the bottom left corner to give the hosts the lead.

Davie had a chance to atone for his error as Taron Hare whipped in a brilliant cross, but he couldn’t bring the ball down and it went out for a goal kick.

In the second half the Swans came out fighting, Hinchliffe headed the ball down to Noel Burdett, who took a touch before shooting straight at the keeper. Then three minutes later Harrison Coley swung in a corner which Davie met, but his free header was glanced wide.

68 minutes in and Barton finally had their deserved equalizer. For the second time in as many games Hare was the provider, heading the ball to Hinchliffe, who struck a sweet volley from 25 yards out to bring the Swans back into the game.

Soon after Hemsworth should have retaken the lead, but Mike Emery had other ideas. A cross into the box was headed back across goal. The header at the back post was met by Emery who got down well to stop it and the Swans cleared. An incredible save.

A few minutes later the ball was played in to the Hemsworth attacker, who turned three Swans defenders and shot from six yards out. Again Emery pulling off a fantastic save to put the ball out for a corner.

The game ended 1-1 with Barton pushing for a winner, a first point against a strong Hemsworth side.