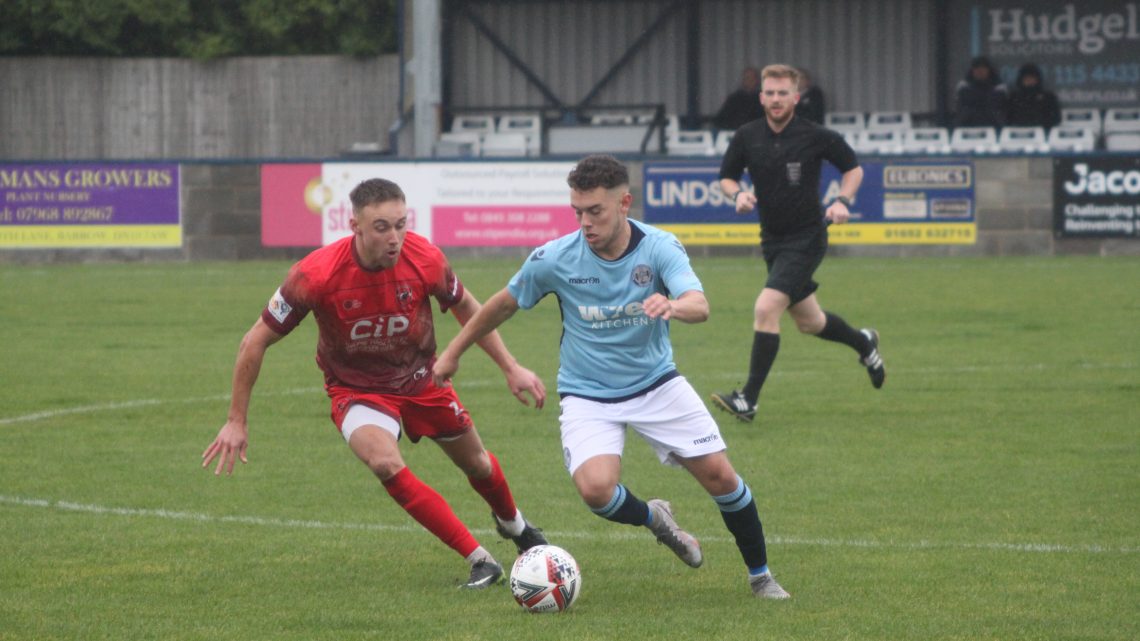 Swans secure win at home over Mansfield in pouring rain

4th October 2021 Off By bartontown

Barton Town secured their second win of the season in torrential conditions by the Humber with a 2-0 win over AFC Mansfield.

Tom Davie opened the scoring shortly before half time with Tom Waudby doubling the lead in the second half to pick up an important three points for Nathan Jarman’s side.

There was only one change as Davie returned in place of Scott Matthews who was unavailable. Curtis Bateson, Jack Varley and Jack Tanser returned to the bench following injury worries.

Early in the game there were chances for Davie and Ben Hinchliffe, but on both occasions neither could get the ball out from under their feet and get a shot away. The Swans were on top for the majority of the game, with the weather making it a little harder to play.

27 minutes in and some tricky wing play from Mitchell Levi-Lewis resulted in a cross which fell to Hinchliffe six yards out. His shot was straight at the goalkeeper. Harrison Coley on the next attack shot from the edge of the area but it went just over the bar.

Five minutes before half time and the Swans got the goal their play deserved. A pinpoint cross from Waudby to the back post was met by Davie, who ran in and headed past the goalkeeper to put Barton ahead.

The rain only got worse in the second half, and the Swans continued to play football and dominate the game. However on 56 minutes Mansfield looked certain to get an equalizer. A rebound fell into the path of the Mansfield attacker, but a last ditch tackle from Euan Sterling saw the ball go out for a corner instead.

Midway through the second half a penalty was given to Mansfield with the Swans bewildered as to what he had awarded it for. Nonetheless the visitors attacker stepped up but Mike Emery saved low to his right to keep the Swans ahead in a vital save.

Ten minutes later and the Swans were two ahead. The ball fell to Waudby, who charged on goal and shot from 25 yards out. His low drive was in the bottom corner and he had his third goal in five games since returning to the club.

The Swans held on for the win and kept up their unbeaten run to four games. Barton also picked up their first clean sheet of the season in what was a professional and strong win over a strong side in poor conditions.

Reserves through to next round of cup with Horncastle win