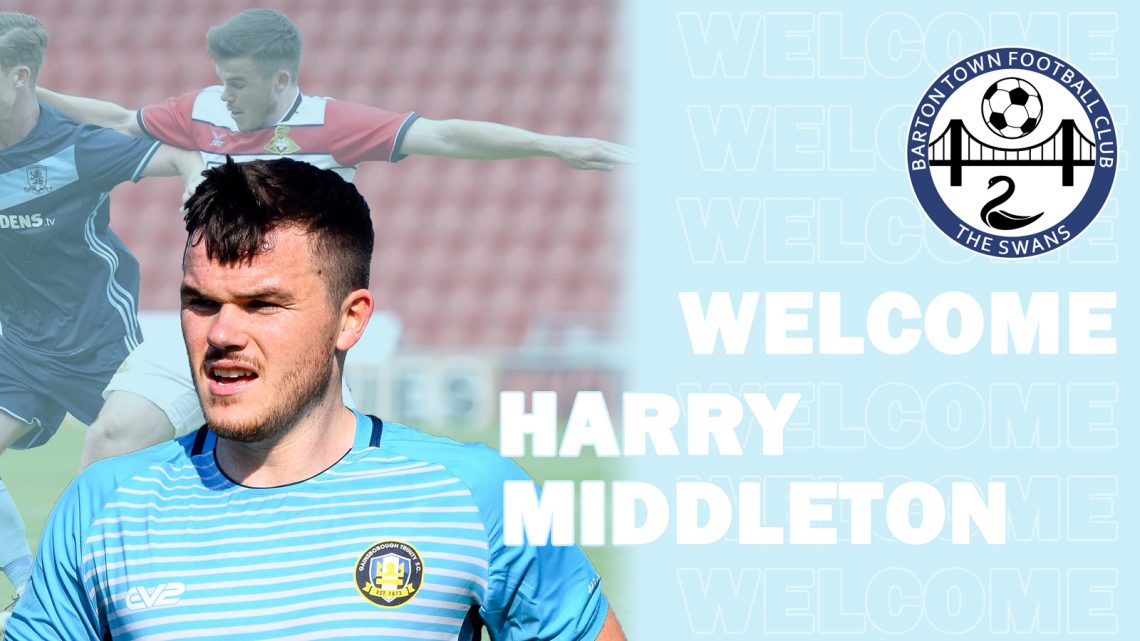 Barton Town are delighted to announce the signing of Harry Middleton on a dual registration deal from Cleethorpes Town.

Harry is a 26-year-old central midfielder who has a lot of pedigree. He is an ex-professional having made his debut for Doncaster Rovers aged just 17 in November 2012. He made 63 appearances for the Reds before signing for Port Vale in 2017, making six appearances.

His non-league repertoire is impressive too, having played for the likes of Halifax Town on loan, Alfreton Town, Gainsborough Trinity, Grantham Town, and Cleethorpes.

Harry comes in to fill the void left by Josh Baker as the Swans midfielder has this week had successful surgery on his broken foot which means he will be out for some time.

This season Harry has made 15 appearances for the Owls, scoring a penalty against Bridlington Town in August. The Swans are hopeful that Harry’s arrival can help continue the strong form Barton have been showing of late. The club are unbeaten in 12 games and face a stern test at home to Bottesford Town this weekend.

Subject to NCEL clearance, Harry could be in the squad for tomorrow’s game.