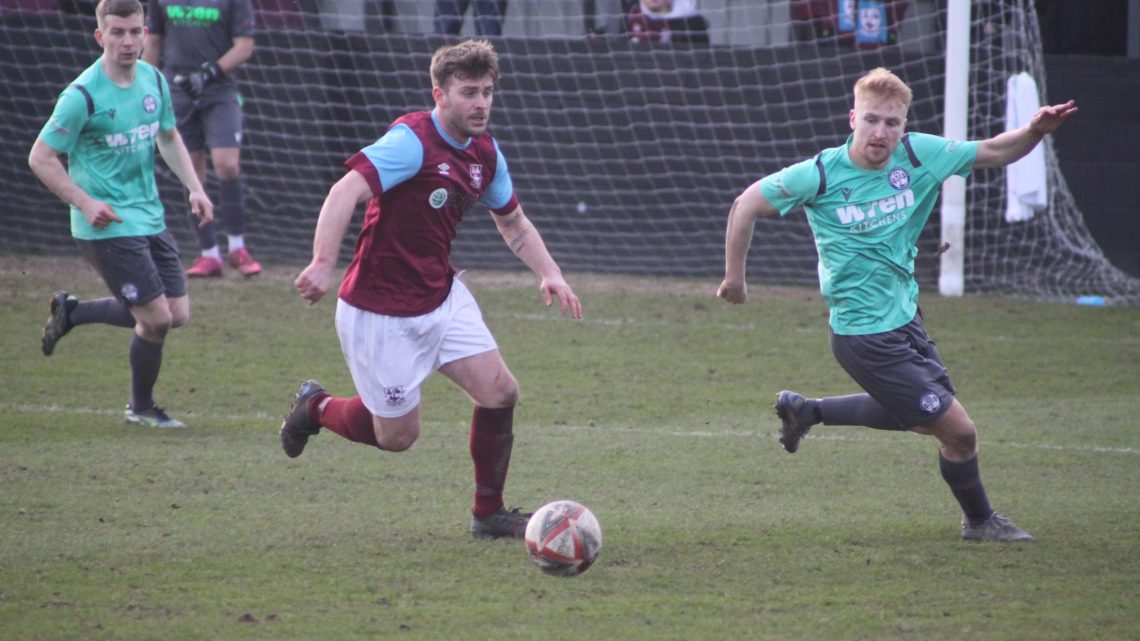 Swans battle for win at Emley

Barton Town dug deep and battled for a hard-earned 2-1 win over Emley AFC at the Fantastic Media Welfare Ground.

The hosts took the lead through Joe Jagger before Tom Waudby brought the Swans on level terms. Emley goalkeeper Sam Kelly was sent off following an altercation after the Swans were awarded a penalty. It took Josh Lacey’s first ever goal for the club to separate the sides and get Barton back to winning ways.

Josh Baker made his return from a broken foot to start in midfield. Kian Salter and Scott Matthews came into the side with Harrison Coley, Jack Tanser and Mitchell Levi-Lewis all being dropped to the bench.

The first big chance of the game fell to the Swans as Salter played in Ben Hinchliffe. He controlled the ball and ran at goal but his shot from the edge of the area was picked up by Kelly in the Emley goal.

Against the run of play the Pewits took the lead. In their first real venture forward, Emley played some nice football and a cross in wasn’t dealt with. The ball fell to Jagger who lashed it past Mike Emery to put Emley ahead.

It took ten minutes for the Swans to equalize as Salter again was the architect. He played in Tom Waudby this time who ran in on goal and slotted low past Kelly into the bottom corner. It’s Waudby’s 50th goal for the Swans and puts him fourth on the Barton Town NCEL goalscorers list.

A Swans corner was cleared and the ball played to Callum Charlton. The tricky winger ran through on goal but his shot went high and wide and wasn’t troubling Emery.

Salter had one more chance before half time for the Swans as he shot from distance. It stung the palms of Kelly and went out for a corner. But both sides went in level at the break.

The second half began with an Emley attack which saw Emery produce two brilliant saves to deny the hosts the lead.

Midway through the second half Hinchliffe was brought down in the area with the referee pointing to the spot. What followed was a melee which saw Kelly sent off for throwing a punch at a Barton player. Jamie Goddard was booked for his part in the altercation.

Curtis Bateson placed the ball down but put it wide of the goal. Shortly after however the Swans were ahead. A corner was played to Lacey on the edge of the area. He struck a sweet shot which, after a couple of deflections, was in the back of the net. It’s Lacey’s first ever goal for the club in 44 appearances.

After a whopping nine minutes of added time the referee blew for full time with the Swans taking all three points back home.