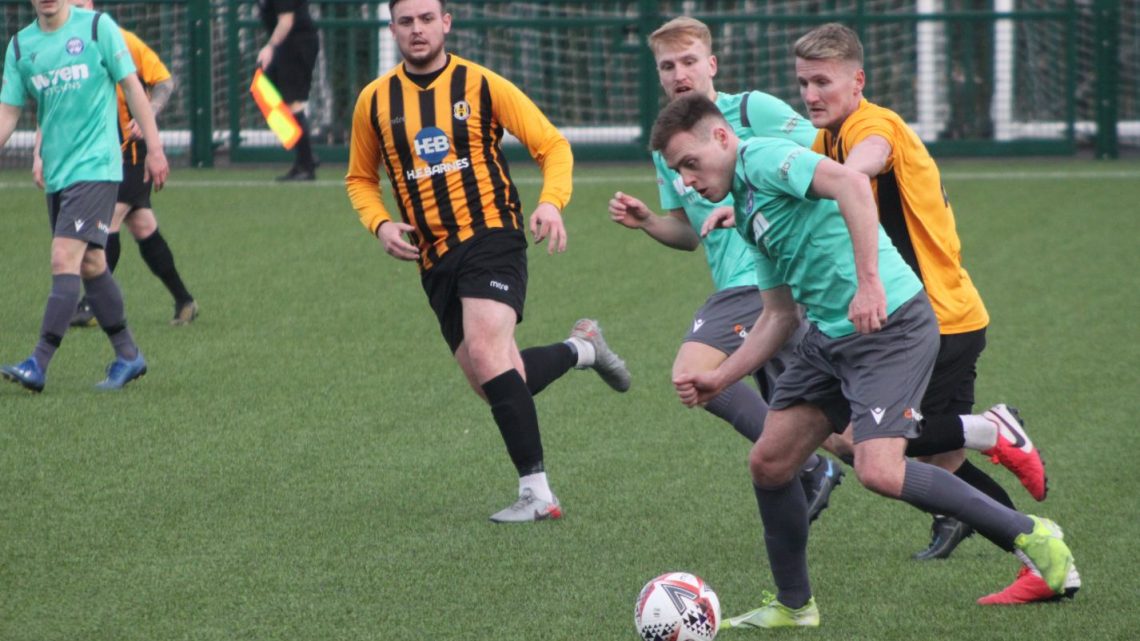 Barton Town were dominant in victory as the Swans cruised to a 3-1 win over Handsworth at Olivers Mount.

The hosts took the lead through Leon Howarth before Jack Tanser’s first goal for the club brought the Swans back on level terms. Goals in the second half from Harrison Coley and Ben Hinchliffe secured the win for Barton.

There were two changes for the Swans with Curtis Bateson suspended and Kian Salter relegated to the bench. Tanser and Coley replacing them. Two of the Reserve team players in Joel Chapman and Jacob Sweeting were on the bench.

It only took four minutes for the Swans to carve out the first chance of the game. A cross field ball found Tom Waudby on the right. He struck a low cross into the area but Hinchliffe couldn’t quite reach it.

Will Waudby was next to challenge as he burst forward from defence. His strike from the edge of the area rolled past the post.

The Swans were made to pay for missed chances when Handsworth scored with their first attack. A free kick was floated in and Alfie Smith’s header was parried by Mike Emery. However it fell to a grateful Leon Howarth, who tapped the ball in to give the Ambers the lead.

Barton were fired up and continued to apply the pressure. It finally paid dividends when Tom Waudby’s ball in was laid off by Hinchliffe. He flicked it into the path of Jack Tanser who took a touch and struck low into the bottom left corner. His first goal for the club and a much needed equalizer.

Will Waudby and Coley both had chances before the break but they were both over the bar.

The second half was largely one-way traffic as the Swans dominated. Hinchliffe created the first chance but his turn and shot went wide of the goal.

Close to the hour mark the Swans took the lead. A fantastic threaded through ball from Josh Baker was laid off by Tanser to Coley. He took a touch, strode into the area, before curling the ball past Ben Townsend with a wonderful strike to put Barton ahead.

15 minutes from the end Jacob Sweeting was introduced to make his first team debut. A nice introduction for the striker, with some good touches and passages of play.

Ten minutes from time the game was won as Tom Waudby again the architect as he played it to Hinchliffe. He struck a thunderous effort past Townsend to score his 20th goal of the season.

Reserve team forward Joel Chapman was also introduced and had his shot on goal been a bit lower he would have scored his first goal for the club. It went just over the bar.

The Swans secured the win, with the next game for the club being a home derby against Winterton Rangers.