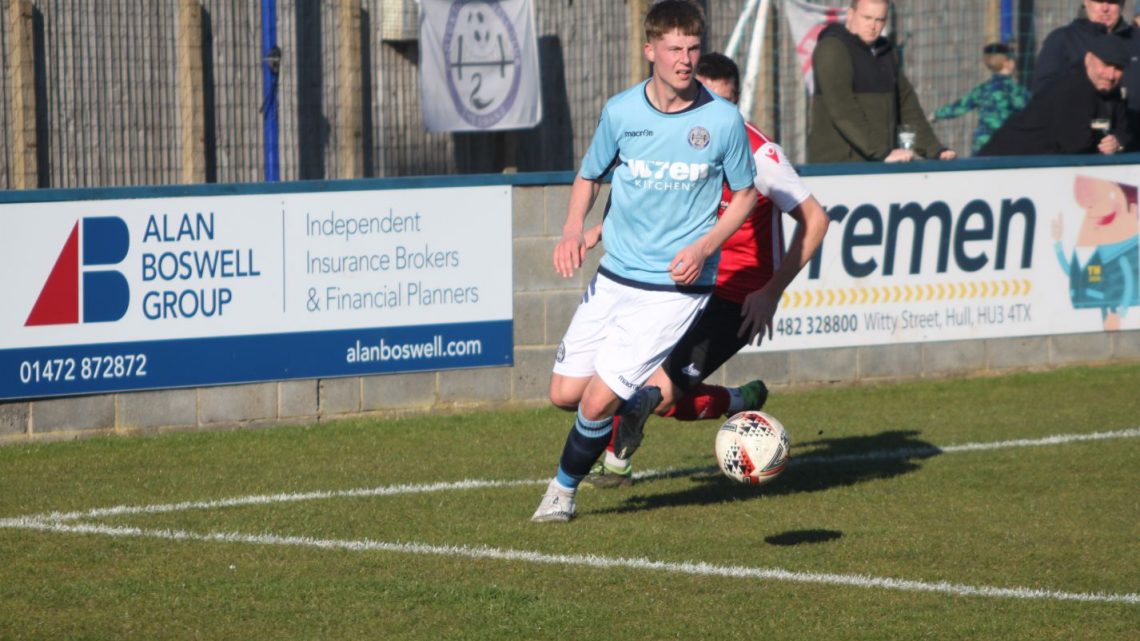 Barton Town ground out a 2-1 win over Thackley at the Easy Buy Stadium. A tough battling performance was rewarded with three points.

Josh Baker opened the scoring with a sensational curling effort 11 minutes in. Tom Waudby doubled the lead in the second half before Chris Lever pulled one back for Thackley to tee up a nervy finish for the Swans.

Swans boss Nathan Jarman made four changes. Injured duo Mike Emery and Ben Hinchliffe were replaced by Charlie Dixon and Jacob Sweeting. It was Sweeting’s first start for the first team. Mitchell Levi-Lewis and Curtis Bateson came in for Will Waudby and Jack Tanser.

The first chance of the game came five minutes in when Tom Waudby burst into the area. Closing in on goal his shot was blocked by a Thackley defender and out for a corner. But the pressure paid off as the Swans soon had the lead.

11 minutes in a Levi-Lewis cross was headed out by the defence to Josh Baker. He took a touch on the edge of the area and curled a left footed shot into the top right corner. Remarkably it was his first competitive goal for the club.

The Swans were dominant, chances for Harrison Coley, Waudby and Sweeting all went begging before Thackley started to grow into the game. A few decent efforts from the visitors were dealt with by Dixon and the Swans defence.

The second half was a different game to the first. Thackley were largely on top for periods of the half. Lewis Waddington was played in for the visitors but his effort was over the bar. However the Swans soon doubled the lead.

A well weighted lobbed through ball by Baker was ran onto by Waudby. He touch a touch to evade two defenders in the area before coolly slotted the ball into the bottom right corner.

With just over ten minutes to go Thackley managed to pull a goal back when a corner was played in and Chris Lever rose highest at the front post to head it past Dixon to set up a nervy final ten minutes for the Swans.

Another cross was sent in and a header which was destined for the net was well saved by Dixon to keep the Swans in the lead.

A period of sustained pressure by the visitors didn’t bear fruit as the Swans held on with resilience to take the three points and put the Winterton loss behind them.