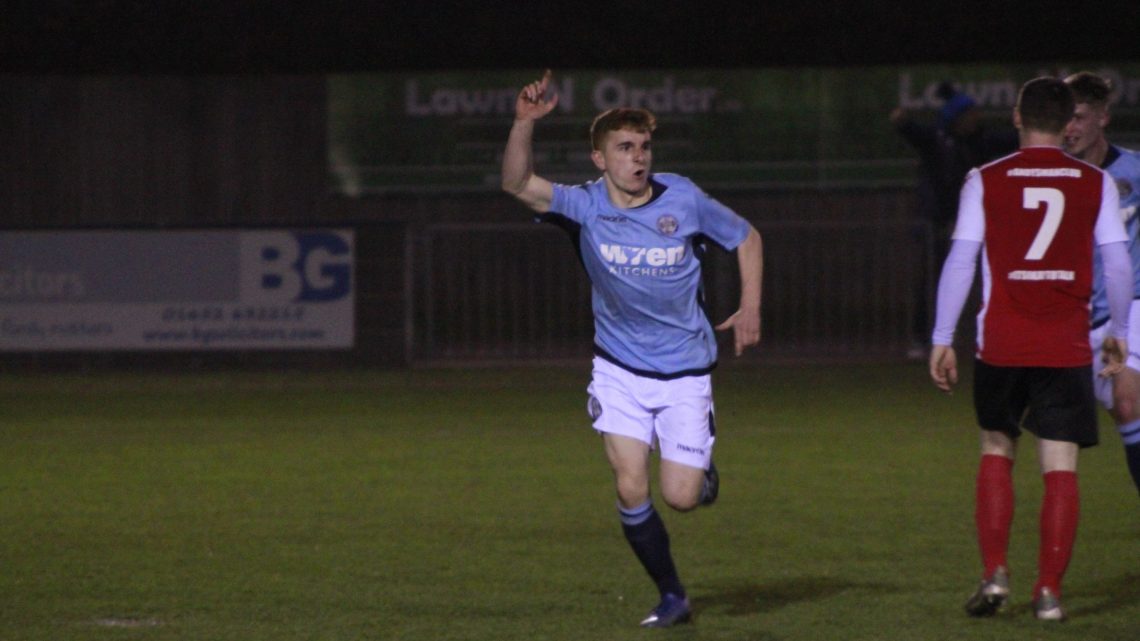 Swans into League Cup semi final with win over Thackley

Barton Town are in the semi-finals of the NCEL League Cup for the first time in ten years after a 1-0 win over Thackley.

Tom Waudby’s second half strike sealed the win for the Swans but were it not for Luke Wilson in the Thackley goal it could have been so much more.

Despite Swans Manager Nathan Jarman stating he would be making changes after the 1-0 loss to Bottesford, he named an unchanged starting lineup to give the players the chance to put things right.

The first chance fell to Thackley winger Prince Attakorah. Some nice interplay saw him played into the area. However his effort went wide of the goal.

The Swans started to dominate proceedings and ten minutes in they should have taken the lead. Scott Matthews’ cross from the left was met by a glancing header from Ben Hinchlfife. He couldn’t quite get his effort on target.

Curtis Bateson then went on a solo run across the face of goal but his effort was also wide of the mark. Thackley ‘keeper Luke Wilson then denied Bateson with a great save from his curling shot.

Just before half time Wilson pulled off an incredible point blank save from Hinchliffe’s well taken volley from just ten yards out. This would be Hinchliffe’s last action of the night as he was brought off at half time with a tight hamstring.

It was largely one way traffic in the second half, Charlie Dixon made an excellent save to deny a deflected Thackley shot.

On the hour mark Jamie Goddard was tripped in the area and referee Adam Shimmin pointed to the spot. Scott Matthews stepped up but Wilson saved low to his right to deny the Swans the lead.

The deadlock was finally broken 68 minutes in. Some fantastic buildup play from the Swans saw Goddard played in down the left. He squared the ball to Tom Waudby, who had time for a touch before a low drilled effort into the bottom left corner. His 18th of the season gave the Swans a well-deserved lead.

A few more half chances for the Swans in the second half but the referee blew full time to secure a slender win. Had Wilson not been fantastic in the Thackley goal it could have been more.

The Swans are in the semi final against either Staveley Miners Welfare, Grimsby Borough, or the winner of Bottesford Town vs Penistone Church. They are looking to make the final for the first time in the club’s history.