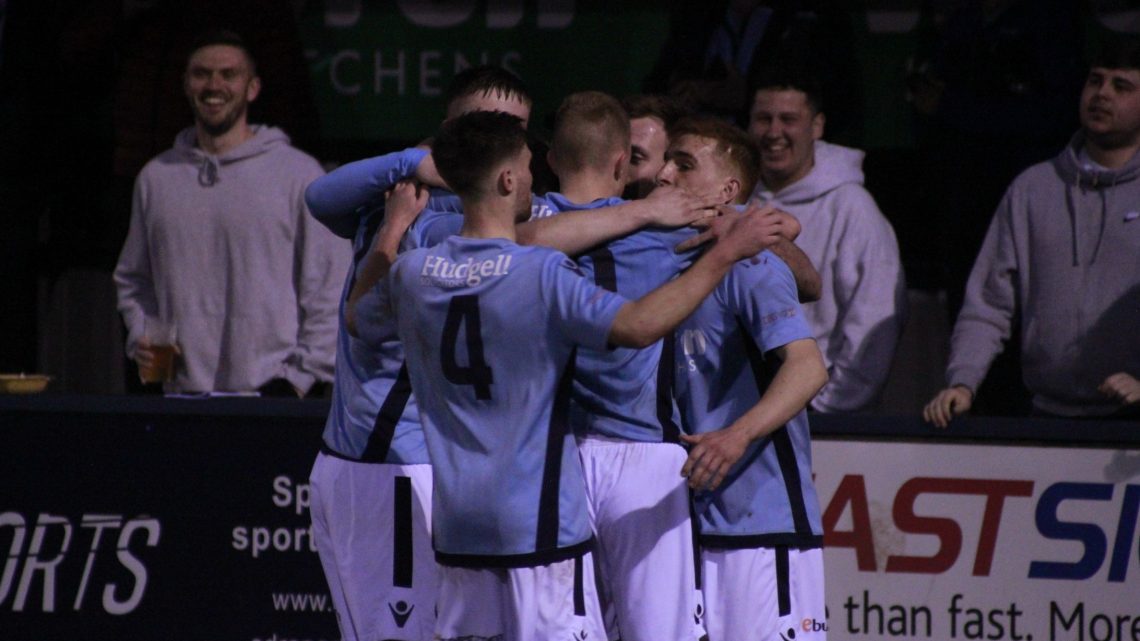 Barton Town recorded their biggest win of the season in the final league game of the season with a resounding 5-0 win over Albion Sports.

A Harrison Coley brace and a Ben Hinchliffe hat-trick sealed the win for the clinical Swans as well as a clean sheet for the resilient defence. Albion fought for their safety but couldn’t overcome a strong Barton side.

The Swans raced out of the blocks and took the lead after just three minutes. Harrison Coley received the ball just inside the Albion half. He burst forward beating a few defenders, before launching an audacious lob over the goalkeeper from 25 yards out to score.

Despite the scoreline Albion came out fighting, and enjoyed a spell of dominance in the first half. Amir Birchall making things happen for the Lions. He turned Scott Matthews and ran into the area but his shot went just wide. There were appeals for a handball from the visitors but referee Louis Stamp waved them away.

On the half hour mark Tom Davie attempted a speculative turn and volley from distance. The shot curled just wide as the Swans hunted down a second, which finally came shortly after.

A long cross from the left seemed to have missed everyone, but Tom Waudby brilliantly controlled the ball, turned, and teed up Ben Hinchliffe for his first of the night. He prodded past Declan Lambton in the Albion goal to put Barton two up.

30 seconds after the break the Swans scored again. Will Waudby rolled a cross to a waiting Josh Baker on the edge of the box. He struck the ball and Hinchliffe tapped it in from close range for his second goal.

It was largely one way traffic for the Swans in the second half. But Mitchell Levi-Lewis had to clear an effort off the line as Albion looked to get back in to the game. They showed fighting spirit throughout.

Twenty minutes from time it was four. A brilliant outside of the boot flick on from Hinchliffe fed Will Waudby on the left. He squared it to Coley who showed great composure in taking a touch to evade the defender, and slot home his tenth of the season.

Hinchliffe completed his hat-trick with 15 minutes to play as a Jack Tanser through ball from just outside the Barton box found it’s way to Hinchliffe. He raced clear and despite a tackle from an Albion defender, he ran in and slotted low past Lambton to complete the scoring and his hat-trick.

The Swans secure seventh in the league and end with their biggest win of the season. All eyes now turn to the League Cup semi final next week against Staveley Miners Welfare.