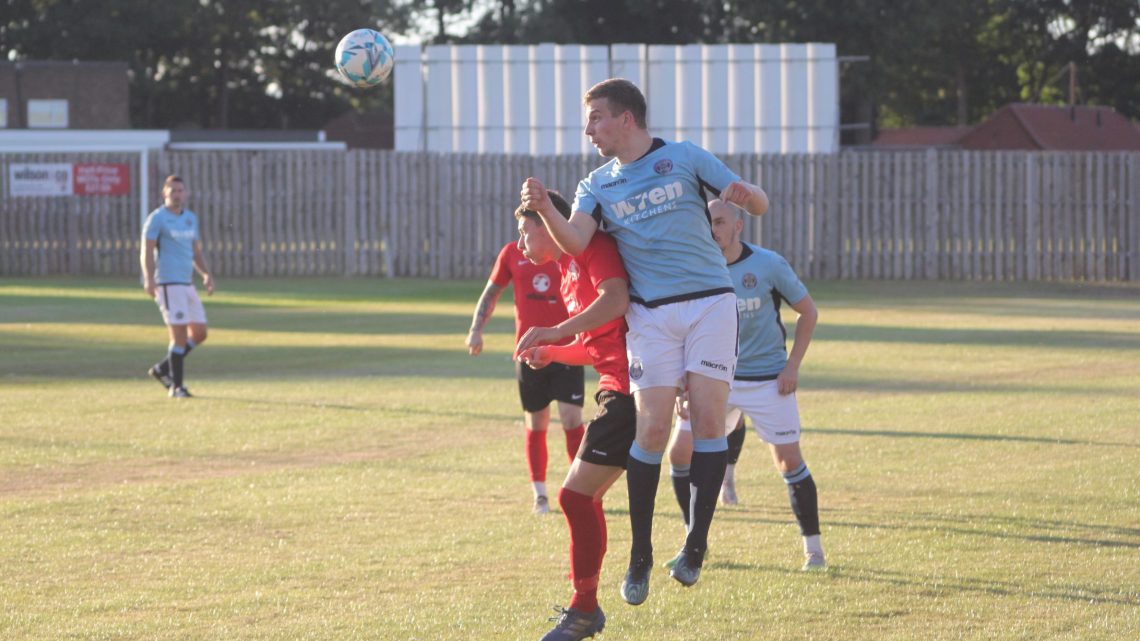 The Swans stepped up their preparations for the new season with a 3-0 win over Appleby Frodingham on Friday night.

The Lincs League side provided stern competition for Barton, with Mitchell Levi-Lewis’ penalty and Harrison Coley’s finish seconds later giving the Swans a 2-0 lead at the break. Tom Waudby’s goal shortly after the restart sealed the win in an encouraging performance from Nathan Jarman’s side.

Ben Hinchliffe almost scored early into the game, forcing a good save from the App Frod goalkeeper. Midway through the first half and Tom Waudby broke through one on one, but he put his shot the wrong side of the post. Barton enjoyed a lot of possession and were creating the majority of the chances.

35 minutes in and the Swans were gifted an opportunity to take the lead as Tom Waudby was fouled in the area. Up stepped Mitchell Levi-Lewis to slot it in. Seconds later the ball fell to Harrison Coley in the area. He took a touch and slotted it into the bottom corner to put the Swans two ahead at half time.

Five minutes after the break and Josh Lacey burst forward from the back, swinging in a cross which was headed in true Tom Waudby fashion into the back of the net for the third goal of the night.

Soon after Hinchliffe burst through, prodding the ball past the keeper from a narrow angle but his effort trickled just wide of the post. Kian Salter was then played through. He ran in on goal and squared it to Hinchliffe. The striker couldn’t quite connect with it under pressure from the App Frod defender and put it wide.

Swans Manager Jarman brought himself on for the final 1`5 minutes. He was played in one on one with the keeper. He tried rounding him but took the ball too wide. He cut it back to Jack Tanser who put the ball over the bar. Jarman then had an effort from the edge of the six yard area. The goalkeeper pulled off an excellent save to tip it over the bar.

A good run out for the Swans with the next four friendlies coming on home soil. Starting with the visit of Lincoln United to the Easy Buy Stadium on Saturday.