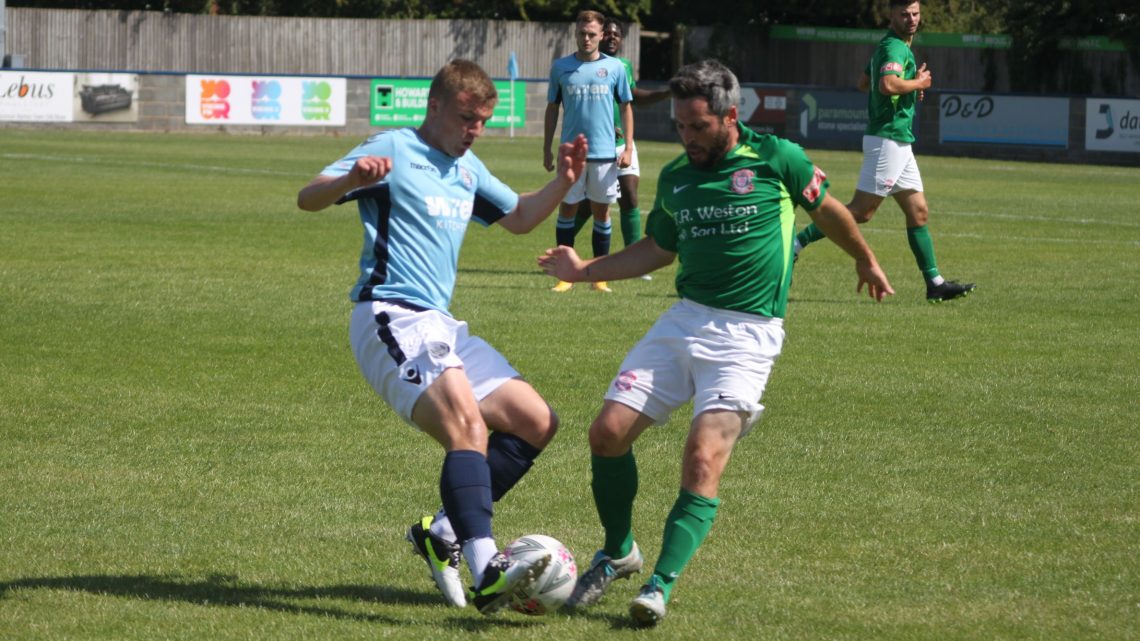 Swans in draw with Lincoln United in first home friendly

Barton Town continued their preparations for the upcoming season with a 2-2 draw against higher-league Lincoln United.

An early Max Baker goal gave Lincoln the lead, before a second half Chris Spinks penalty brought the Swans level. Matt Cotton soon put United back ahead but Kian Salter’s goal meant that it ended in a draw.

It didn’t take long for the visitors to take the lead. Three minutes in and Max Baker ran in on goal. His initial shot was saved by Charlie Dixon but the rebound ricocheted off Baker and into the back of the net. Swans behind but were in control for the rest of the half.

There were half chances for Ben Hinchliffe and Tom Waudby but the Swans couldn’t find an equalizer before half time. They enjoyed a lot of possession and were playing good football but just couldn’t score.

Wholesale changes were made at the break with a new front four of Kian Salter, Chris Spinks, Dan Trott and Elliott Vasalo. The latter went a whisker away from scoring minutes after the restart. His shot from just inside the area rolled wide of the post.

A through ball was played in and Vasalo ran onto it, he beat the goalkeeper to the ball but was brought down inside the area for a penalty. Spinks stepped up and slotted it in to bring the Swans back into the game. Moments later however they were behind again.

A ball from a corner was spilled by second half ‘keeper Tom Nicholson and Matt Cotton was on hand to tap in a grateful rebound.

Salter crossed the ball in for Trott, who couldn’t quite get his shot on target. However soon after a cross was swung in, this time Trott turned provider for Salter. He flicked it on and the youngster took a touch and rifled it into the top right corner. A fine finish.

The striker almost had a second when a fine volley bounced in off the bar, but he was ruled offside. So the result went down as a draw.