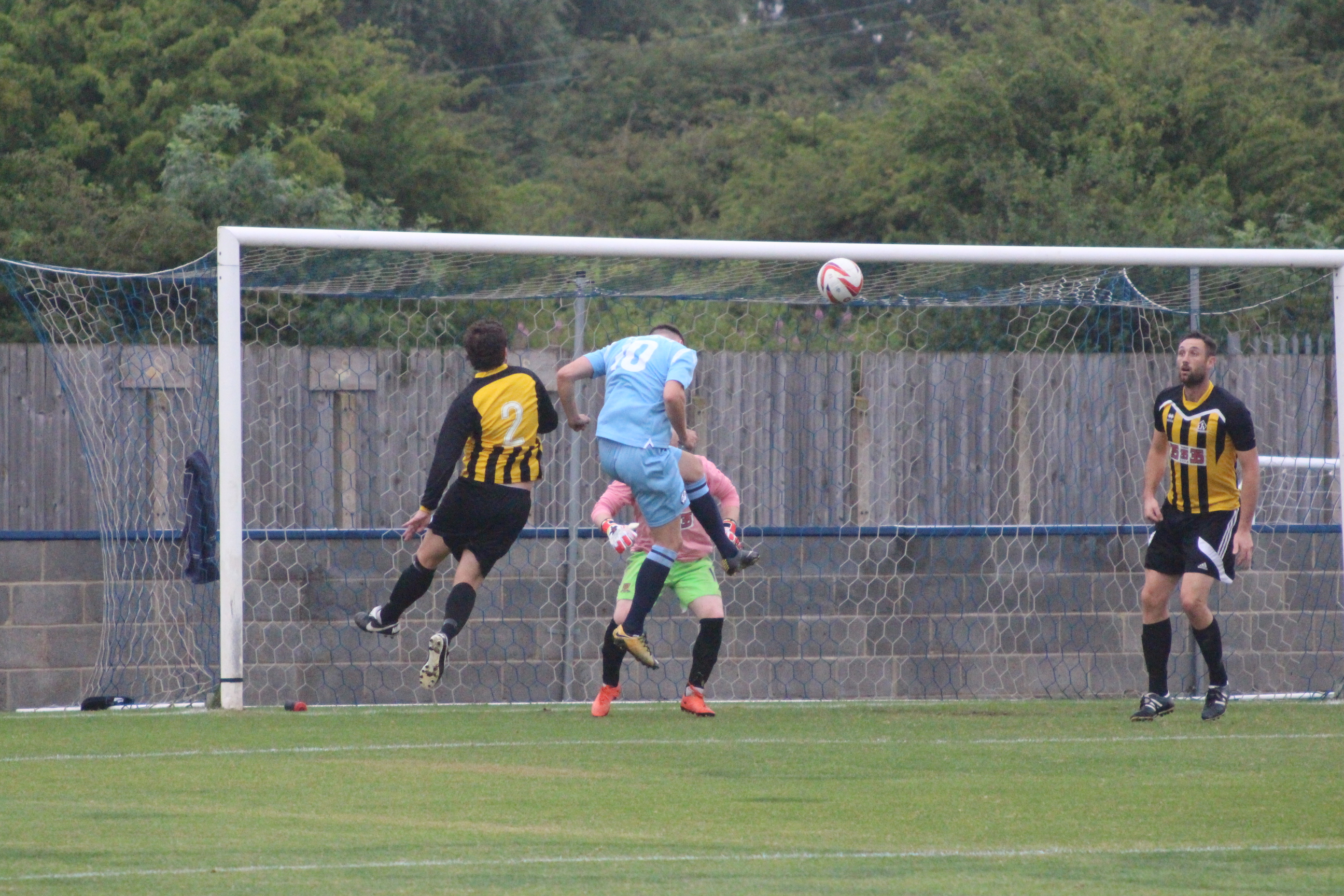 Barton Town ran out 7-1 winners against LIV Supplies in their latest pre-season friendly on Saturday morning at the Easy Buy Stadium.

There were hat-tricks apiece for Ben Hinchliffe and Reece Moody while Braedon Steel managed to get himself on the scoresheet too. Callum Harrison had opened the scoring for the visitors.

On a wet, drizzly morning in Barton, the Swans took to the field, goalkeeper Jack Gibbins was brought in at the eleventh hour to go in goal as regular goalkeeper Harvey Cartwright was unavailable.

Just seven minutes in LIV Supplies took the lead. A misplaced pass fell at the feet of Callum Harrison, and the striker struck it from 25 yards out and it found the bottom corner. A well taken finish and a test of Barton’s resilience and ability to come from behind.

They only had to wait five minutes before drawing level. A fantastic cross from Joe Busby into the area found Hinchliffe. He leapt above the defender to head the ball into the back of the net. This was his first goal for the Swans.

On 17 minutes the Swans were awarded a penalty after Braedon Steel was brought down in the area. Reece Moody had the responsibility of ending the Swans spot-kick hoodoo. He slotted to his left to end a run of seven missed penalties and give Barton a lead that they never surrendered.

Just five minutes later Barton had another. It was Moody again the goalscorer as he slotted the ball home after some nice build up play from the Swans. Hinchliffe then added another to his tally on 37 minutes to make the score 4-1 with not long until half time.

There was time for a fifth goal courtesy of Steel. He made a nice run into the area before cutting onto his right foot before curling past the ‘keeper.

The second half saw LIV Supplies try and get back on the scoresheet, with Gibbins tested in the Swans goal on multiple occasions.

Moody and Hinchliffe secured their hat-tricks with nice finishes on 71 and 83 minutes respectively to round off a fantastic game for the Swans forwards.

Towards the end of the game there was also a return to the pitch for Joel Sutton after 12 months out following his horrific leg break last July. He got a run out and will be looking to build up his match fitness over the coming weeks.