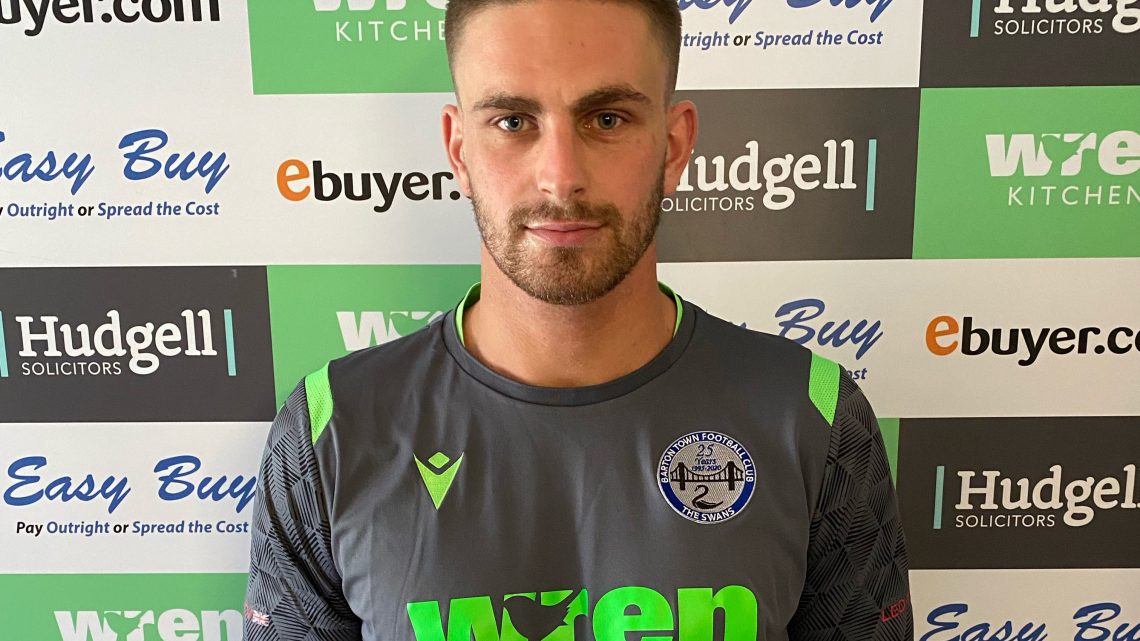 Barton Town are delighted to reveal that Charlie Dixon is staying with the club for the 2021/22 season.

The goalkeeper was part of the squad last season before COVID-19 cut the campaign short. In the 14 games he played last season, Charlie impressed with some incredible saves, notably a point-blank stop against Garforth Town. Despite only keeping one clean sheet last season, that doesn’t pay justice to the ability Charlie has.

A great shot stopper, he kept the Swans in games last season and is a good penalty stopper.

He’s played for the likes of North Ferriby and Chalk Lane in the past, as well as a stint playing in the United States, and he remains with the Swans for the new NCEL Premier Division season.

Welcome back to the club Charlie!