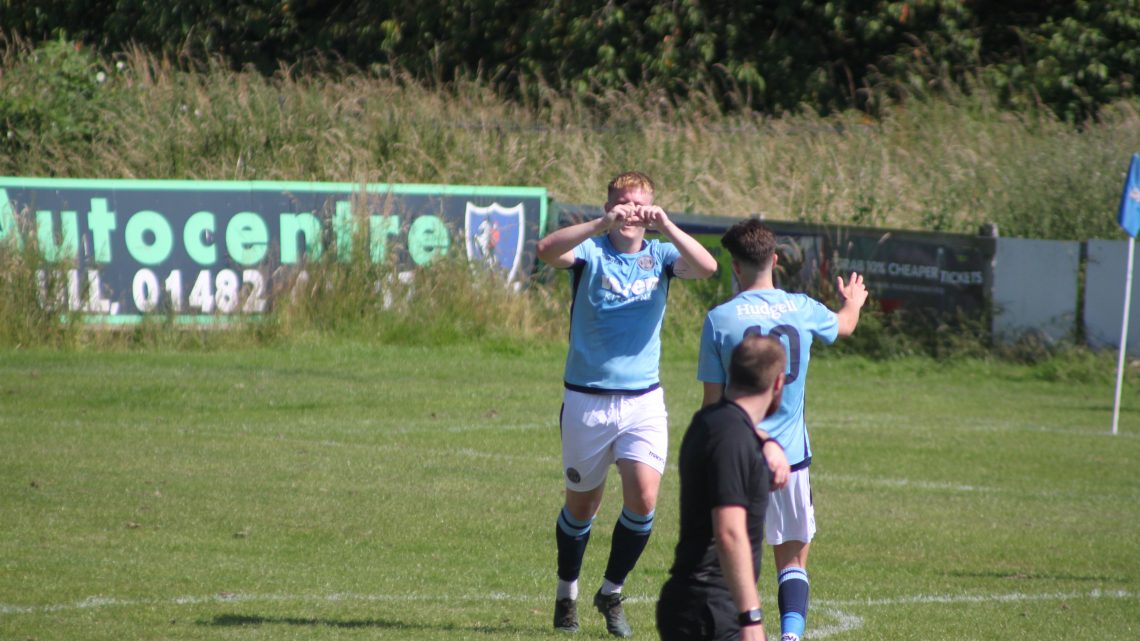 A last minute goal secured the win for the Swans in our latest pre-season friendly at local neighbours Hall Road Rangers.

The hosts took the lead on the half-hour mark before Tom Davie equalized two minutes later. After a second half which the Swans dominated, Barton secured the win two minutes from time when the trialist centre half headed home Josh Lacey’s long throw.

On a scorching hot day at Haworth Park, the Swans looked strong, and athletic throughout.

The Swans started out strong, with Curtis Bateson and Tom Davie on the wings causing all sorts of problems for a strong Rangers defence.

After a half hour of half chances, the hosts managed to take the lead. Former Swan Tom Bennett was fouled on the right hand side. The free kick was swung in and after a small melee in the area, it was prodded home by the Hall Road attacker to open the scoring.

It didn’t take the Swans long to reply, as with their next attack, Bateson crossed the ball in and Davie was at the back post to head it past Jody Barford and give Barton the instant equalizer.

Davie almost scored again just before half time when he fired a shot at goal from just outside the 18 yard box, but Barford saved his effort.

Hall Road were strong, and played some nice football, but in the second half it was the Swans who looked the stronger side. In the heat it was difficult to play effectively.

Barford was forced into some good saves by the Swans, but was finally beaten on 88 minutes when Josh Lacey launched a long throw into the area, with the Swans’ trialist centre half heading home to secure the win for Nathan Jarman’s men, his first as Swans Manager.