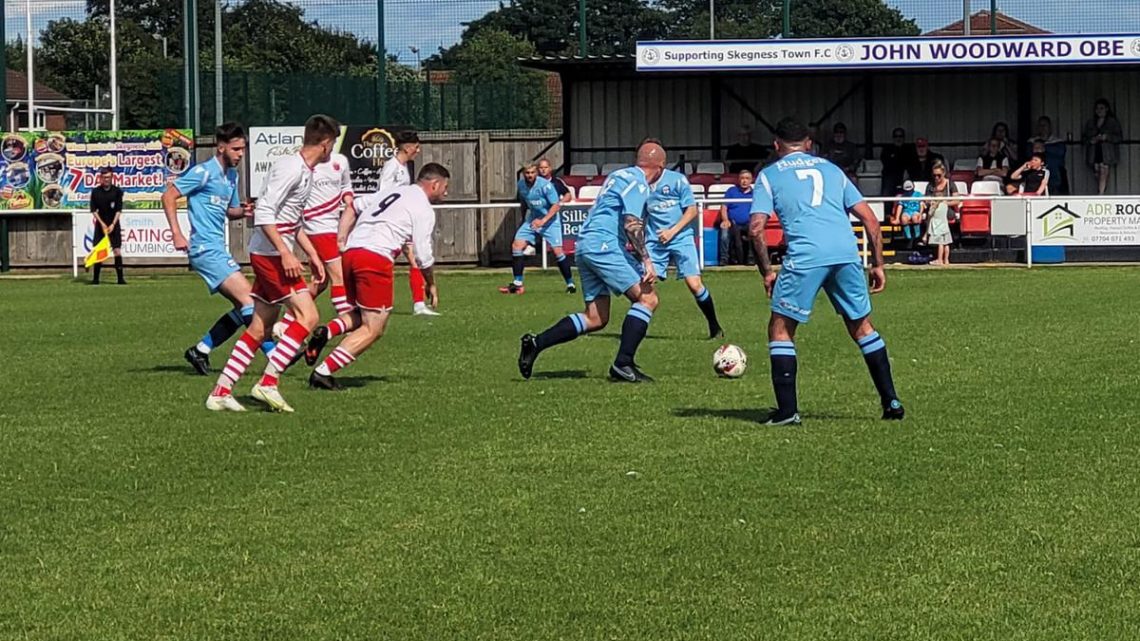 The Reserves opening game in the club’s return to The Lincolnshire League was a visit to the seaside as they made the long journey down to Skegness Town Reserves who themselves had been newcomers to the league for the new season.

The trip would be worth it, as Liam Graham’s side returned to The Easy Buy stadium with all three points and a clean sheet in a convincing 3-0 victory over their opponents at The Vertigo Stadium.

The opening exchanges of the game were manic and it took a few exchanges of passes for Barton to get control of the tempo. Infact the Reserves could have taken an early lead in the tenth minute when Jack Finnis struck the bar from open play.

Finnis again could have given the Swans the lead as he broke the Skegness line and his lofted effort fell over the bar onto the roof of the net.

Leon Burtt was impressing down the left hand side and he was causing problems with his accurate deliveries from set pieces and in the 39th minute, Page hit the post from one of his teasing deliveries.

Just before the break Page was again involved as he hit the post again from an in-swinging free kick that missed everyone on the way through and hit the base of the Skegness frame.

The second half was much of the same as the back line marshalled by skipper and Man of the match Dixon was rarely troubled however when asked to stand up he did so.

Burtt was unlucky in the 50th minute as his low long range effort went just wide of the far post as the pressure was mounting on a tired looking Skegness side.

The breakthrough finally came after Chapman’s pace had him chasing down a loose ball floated in by Blackburn clearing his lines, and the keeper was adjudged to have Chapman in the process of trying to clear at the edge of his box, instead he clattered into Chapman and the referee awarded a penalty in the 65th minute.

Finnis stepped up and made no mistake converting to the far right hand post from the spot.

Just five minutes later the Reserves doubled their lead and it was that man Finnis again who produced the moment of the game as he pulled the ball down from 25 yards turned inside his man and unleashed a bullet curling effort into the far left corner in the 70th minute.

Graham at this point had brought on Robinson , Salter and Everitt to continue the high tempo football and Salter was unlucky in the 80th minute when his strike looked to be dipping in over the ‘keeper he managed to tip over.

Needham came on for the final ten, replacing a hard working Burtt. He combined with Phillips to set 18 year old Robinson clear on goal in added time who neatly opened his body and slotted away low to the left of the onrushing keeper to round off the scoring in the 93rd minute to cap off a fine opening day victory for The Swans.

A great start to life in the new league for Graham’s young side.

Attentions turn quickly to a stern test in Immingham Town at home on Tuesday night who also recorded an opening 3-0 victory against Louth Town. Kick off is at 7:45 pm at The Easy buy in what’s looks set to be a cracker.

Swans crash out of FA Cup to Maltby