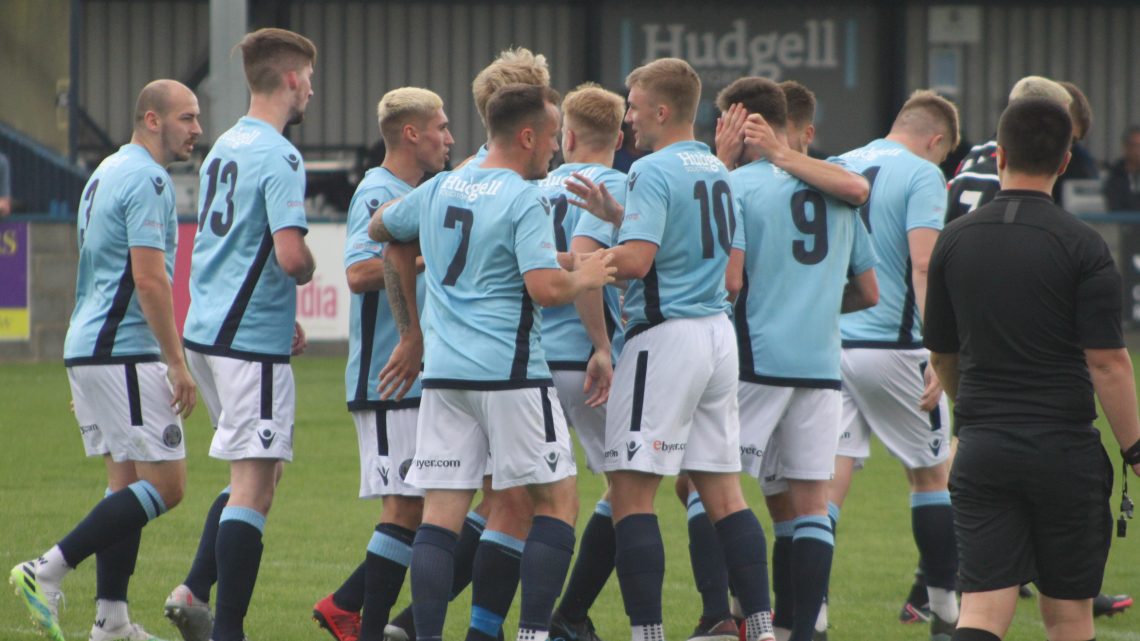 Swans crash out of FA Cup to Maltby

Barton Town crashed out of the FA Cup at the first hurdle after a 3-2 defeat to Maltby Main at the Easy Buy Stadium.

The Swans took the lead through Ben Hinchliffe before two goals in three minutes from Maltby saw the visitors ahead at half time. Barton pushed for an equalizer and got one through Jamie Goddard, but a late goal from Jonathan Hill secured the win for visiting Maltby.

There were two changes to the side with Grant Tait and Tom Davie coming in for Josh Lacey and Curtis Bateson who were both unavailable.

The first chance of the game fell to Barton as Noel Burdett crossed the ball in but Hinchliffe headed the ball just over the bar. Six minutes in and Burdett was at it again with another cross into the area, but this time no one was there to meet it and the chance went begging.

The Swans were carving out chances and holding off a dangerous Maltby side, with Tait narrowly missing with a long range effort before the Swans were in the lead.

Harrison Coley swung in a corner which was headed back across goal by Taron Hare, and Hinchliffe was first to meet it with a nice volley which sailed past Hugo Warhurst in the Maltby goal.

However the goal seemed to wake Maltby up, who hit the ascendancy. 36 minutes in and Maltby’s number 2 put in a nice cross which was met by Tom Whiting. He got down low to head the ball past Emery and equalize.

Three minutes later and the visitors were ahead. A ball was fizzed into the area and while trying to clear it Tait put it into his own net to give Maltby the lead at half time.

Shortly before the break Hinchliffe almost scored again, his volley from distance was well saved by Warhurst.

In the second half the Swans came out fighting, but couldn’t find a way past a resilient Maltby defence. The visitors held firm and tried hitting the Swans on the counter but to no avail.

It wasn’t until the 78th minute that the Swans were level again. A brilliant shot was parried and into the path of Jamie Goddard. He got to it first to score his first goal since returning to the club.

It was all in vain however as an innocuous looking ball was tipped over by Emery and out for a corner. The set piece was swung in and Hill rose highest to head it in and seal the win for Maltby.