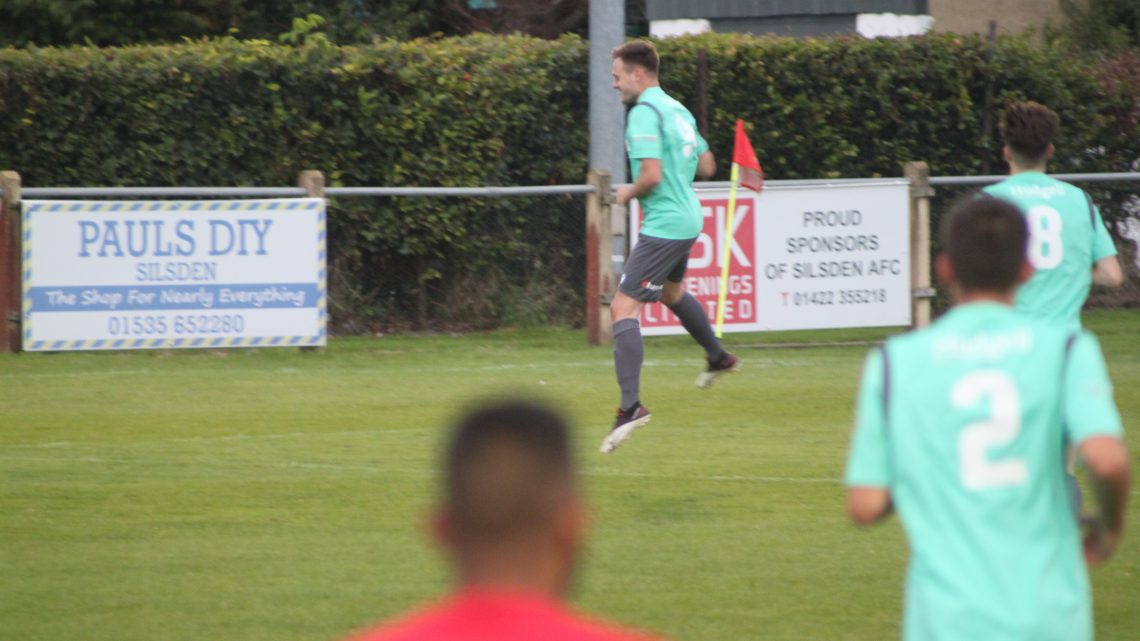 Barton Town made the long trip away to Silsden midweek and came home with a 2-2 draw in a tightly contested game.

Ben Hinchliffe scored on his 50th appearance to open the scoring before goals from Mohammed Qasim and Joe Jagger put the hosts ahead before the break. After fighting for most of the second half for an equalizer, the Swans finally got one through Curtis Bateson on 81 minutes to seal a point.

Right back Arun Jones made his debut for the club having been signed on dual registration from Alfreton Town. He was the only change to the side with Josh Lacey still struggling with a hamstring injury. He joins Jamie Goddard and Josh Baker on the sidelines.

The Swans should have opened the scoring just two minutes in. Harrison Coley played the ball across the face of the goal, but Hinchliffe shot straight at the goalkeeper and the chance went begging. He soon made amends, however.

He received the ball just inside the area and hit a left footed curling effort low into the bottom left corner to score his 26th goal in 50 appearances. His fourth in five games this season.

He nearly had another on 11 minutes as some brilliant interplay from Coley and Hinchliffe resulted in a shot from the latter. However the ‘keeper pulled off a good save to deny the Swans forward.

More quick feet and neat touches from the Swans saw Tom Davie’s toe prod saved by the keeper, but the Swans were on top of the game.

Ten minutes before half time however Silsden were growing into the game and managed to get an equalizer. A low drilled effort from Qasim went past Emery and into the back of the net. The number 7 had been causing Barton all kinds of issues in the first half.

On the stroke of half time the hosts took the lead. Joe Jagger had a shot which was parried by Emery, straight into his path. He made no mistake with his second chance and scored to give the hosts the lead.

After the restart Tom Davie was sent to the sin bin for ten minutes for dissent. Meaning the Swans were down to ten men for a brief period.

Both sides had chances in the second half, but neither could break down the defences. On 78 minutes Hinchliffe managed to spring the offside trap and turned, teeing up Curtis Bateson on the edge of the area, he took a touch and put it on to his left foot, and lashed a shot past the Silsden ‘keeper to equalize for Barton.

The game ended 2-2 and another midweek draw for the Swans with local neighbours Grimsby Borough next up at the Easy Buy Stadium.

Reserves lose out to Nunsthorpe Tavern