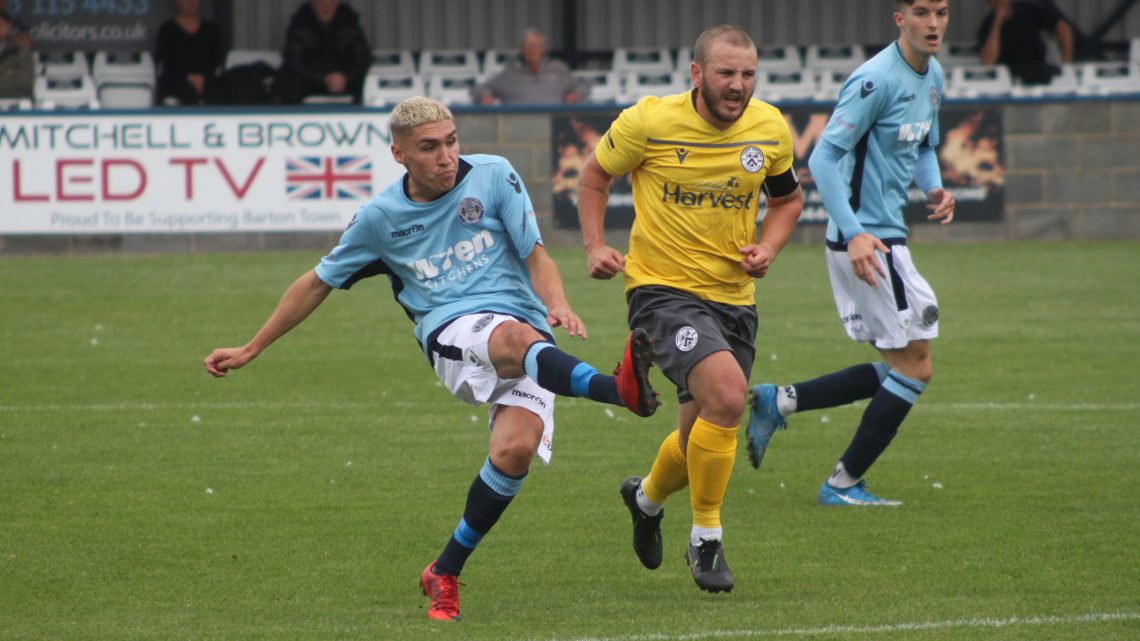 Barton Town fell to another defeat at the hands of local neighbours Grimsby Borough.

Lewis Collins, Tom Sawyer and Ritchie Burdett scored for the visitors in a comprehensive win for Grimsby.

It was an unchanged lineup from Tuesday’s 2-2 draw with Silsden. Jamie Goddard, Josh Lacey (both hamstring), Josh Baker (broken foot) and Noel Burdett (unavailable) were all on the sidelines for the Swans.

After eight minutes the Swans had the first chance of the game, with Ben Hinchliffe running in, but his shot was well saved by the goalkeeper. Tom Davie and Taron Hare were next with a chance, as they both went up for a corner, but neither could get the header into the back of the net.

Midway through the first half Grimsby were ahead. Lewis Collins ran in and slotted the ball past Mike Emery to put the visitors a goal ahead.

Harrison Coley almost equalized for the Swans seconds after the goal. However his shot was straight into the side netting.

33 minutes in and Tom Sawyer scored against his former side, getting a shot off which rolled in past Emery into the bottom right corner. The Swans with work to do.

On the stroke of half time a poor clearance from the Grimsby keeper saw him way off his line as the ball fell to Curtis Bateson. He shot from near half time but the keeper back peddled and tipped the ball onto the post before being cleared. This would prove to be Bateson’s last involvement in the game as an ankle injury saw him brought off just after the break.

The Swans were restricted to half chances in the second half, and it was 3-0 ten minutes into the second half. Ritchie Burdett, brother of Barton’s Noel, sprang the offside trap and coolly finished past Emery to round off the scoring.

Joe Simpson and Tom Davie both had shots over the bar while substitute Luke Hemingway’s header was well saved by the goalkeeper, who’d had a good game.

Not only had Barton lost Bateson to injury, but Scott Matthews also came off limping in the second half.

Another defeat for Nathan Jarman’s side, with another local derby next up at Winterton Rangers on Wednesday.