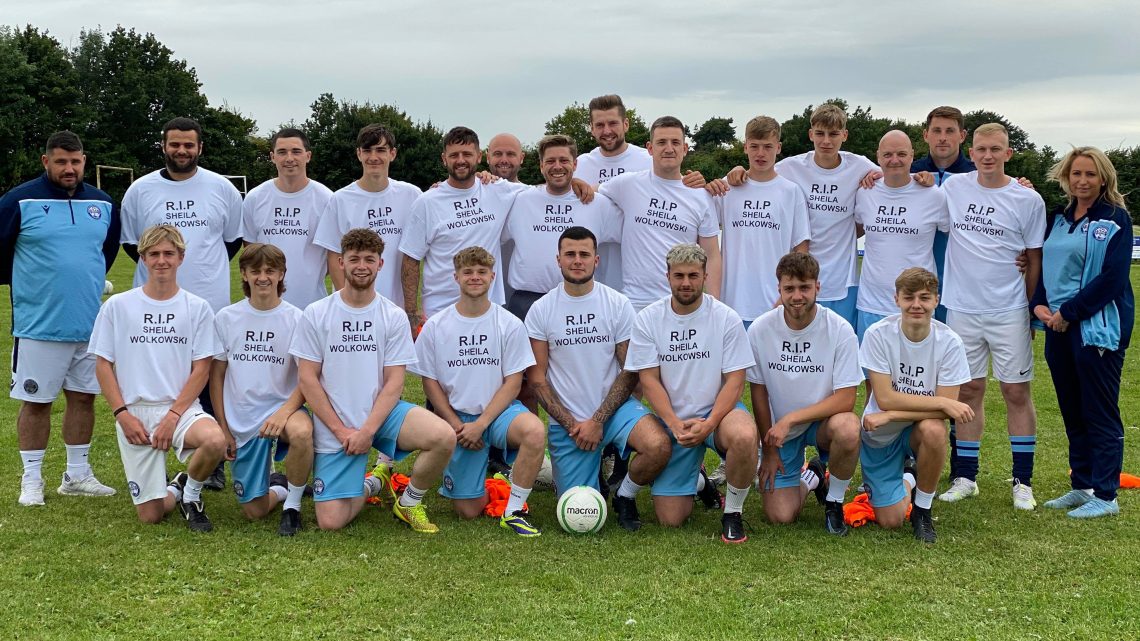 The Reserves earnt another point in their sixth fixture in the opening month of return to life in the Lincolnshire football league after a 1-1 with local rivals Appleby Frodingham who remain unbeaten in their five games of the season so far.

Returning to the starting 11 for the game was skipper Tad Dixon, Aaron Finnis making his first appearance of the new campaign along with returning elder sibling Jack Finnis and midfielder Kadey Phillips as Barton set about getting their first home victory of the season.

In a nervy and tense start between the two sides the opening quarter was very one paced and lacked any real quality in the final third from either side as the visitors set about looking to gain advantages in height from set pieces and patterns of play to their big three front men. Frod forced into making an early change due to injury during this period.

Barton’s first real bit of football on the night came after some good interchangeable passes from the midfield who found J.Finnis who’s pass set up a shot from the edge of the area which Page fired high over the bar.

Keeper Dunn was then forced into making a fine save low to his right which required tipping round the far post after half hour.

A Leon Burtt free kick which was spilled by Frod goalkeeper on the night Jordan wasn’t capitalised on just after as he collected the ball at the second time of asking.

It was advantage Frod six minutes before the break as the Swans were undone from a corner kick which found Mathew Oates rise highest after slipping his marker to head home from 6 yards out.

Barton came out much more positive second half, and were seemingly controlling the tempo of the game more than the first period.

It would be an action packed half full of drama and missed chances.

Man of the match Cole Page was aggressive with making positive runs out of the midfield, whilst Rodgers and Phillips got on top early into the second period which allowed both full backs in Blackburn and Burtt to get higher up, Chapman found himself inside the Frod area but his effort went just wide of the Frod goal.

Salter replaced A.Finnis after the hour mark , but the drama came just after when Frod had the ball in the net for a second time from close range following a Ryan Short curling free kick from deep however the referee after discussion with his linesman, ruled it out for a high challenge on keeper Dunn who was brave in his efforts to collect the ball, much to the frustration of the Frod players and bench.

Barton were to capitalise on the concentration levels as Salter went down the left and crossed it struck an arm and the referee pointed to the spot to give Barton a way back into the game in the 64th minute, Chapman made no mistake from the spot as he fired fiercely into the roof of the goal.

From then on it was a Barton onslaught , and they can only be left ruing their missed efforts as Salter went through on his favoured left foot, but dragged it wide, then Finnis played in a delightful ball for Salter who unmarked at the back post manage to head over from 4 yards out.

So it was to be a derby day point but lots of positives for the young Swans side to take again, as they head into Saturday’s game against Grimsby Boro Res.