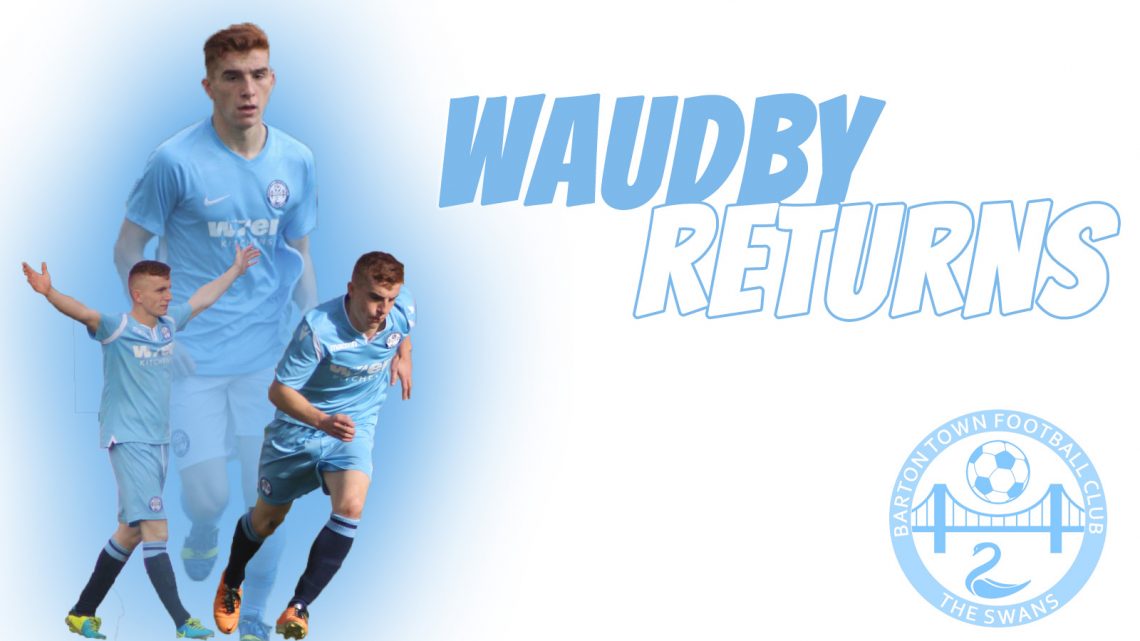 16th September 2021 Off By bartontown

Barton Town are delighted to announce the return of Tom Waudby to the club. He signs from Bridlington Town and subject to NCEL clearance, will be in the squad for Saturday’s game against Eccleshill United.

In his previous spell with the club Tom, 22, scored 34 goals and was our top scorer in two consecutive seasons as the Swans fought off relegation. He, as well as his brother Will quickly became fans’ favourites and Swans fans will be delighted to see Tom back in the sky blue of Barton.

He can play in a number of positions, including central midfield, attacking midfield, and even as a full back if necessary. However his best position is the right hand side. He is a talented player who isn’t shy of a goal or two. He sits 6th on our top NCEL goalscorers chart, and will be keen to add to his tally.

Last season with Bridlington he gained promotion to the Northern Premier League, and now returns to Barton to try and help propel the Swans back up the table.

Welcome back to the club Tom.