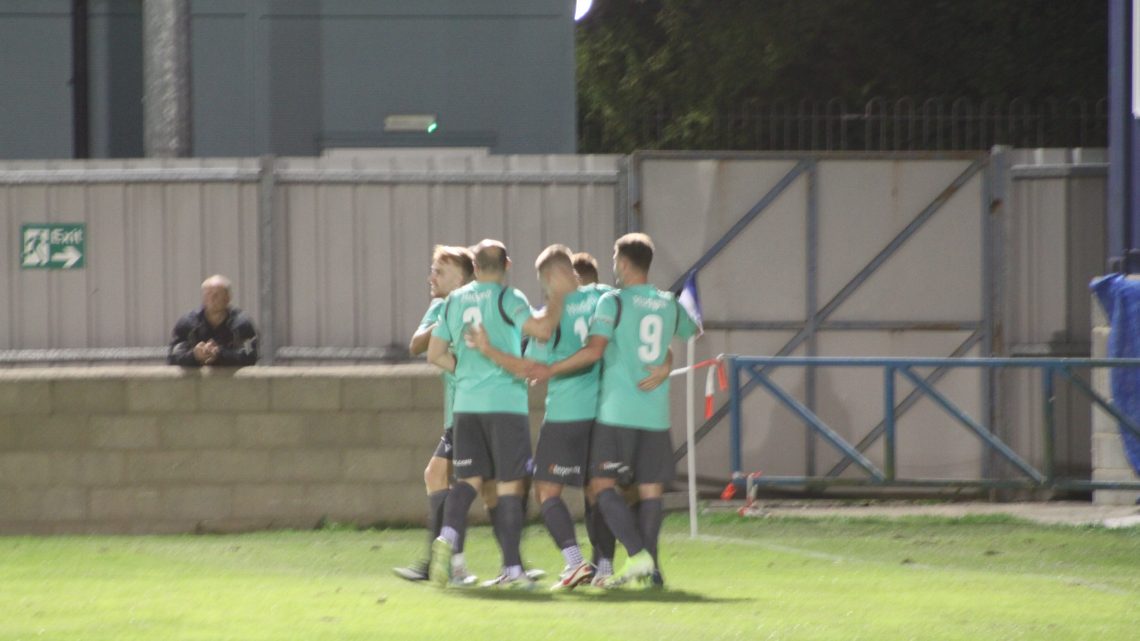 23rd September 2021 Off By bartontown

Barton Town kept up their unbeaten away run with a 1-1 draw over nine-men Winterton Rangers at West Street on Wednesday.

Tom Waudby opened the scoring for the Swans before Jaime Ture was sent off before half time. In the second half Ryan Douglas equalized before Lee Ridley was given his marching orders. The Swans couldn’t break down a resilient Winterton defence and came away with a point.

Jamie Goddard and Ben Hinchliffe returned to the side following injuries, and replaced Jack Tanser and Kian Salter, who were both on the bench.

The game began with both sides trying to get a foothold in the game, with some good half chances for both sides. It wasn’t until midway through the first half that the deadlock was broken.

A through ball freed up Ben Hinchliffe who ran onto it and squared it to Tom Waudby, who tapped it in to score his first goal since returning to the club. The Swans had started well and were good value for the lead.

Winterton had a few chances of their own in the first half, with former Barton player Luke Anderson a constant threat down the left-hand side. The game was about to erupt, however.

40 minutes in and Scott Matthews was fouled by Jaime Ture, a melee broke out between the players and after some pushing and shoving the referee showed Ture a red card, and Matthews a yellow for his part in the melee.

The Swans had a couple of chances to double the lead after the break with Hinchliffe shooting from 25 yards out which went just over the bar. Curtis Bateson then almost found Hinchliffe at the back post with a curling cross, but it went out for a goal kick.

Soon after Winterton won a corner. It was swung in, and Ryan Douglas rose highest to head the ball past Mike Emery to put the hosts level.

With just over 20 minutes to go Winterton were down to nine men when Lee Ridley was given his second yellow card for a shove on one of the Barton players.

The last 20 minutes were about the Swans attacking and trying to break down a resilient Winterton defence. Attempt after attempt came but no breakthrough.