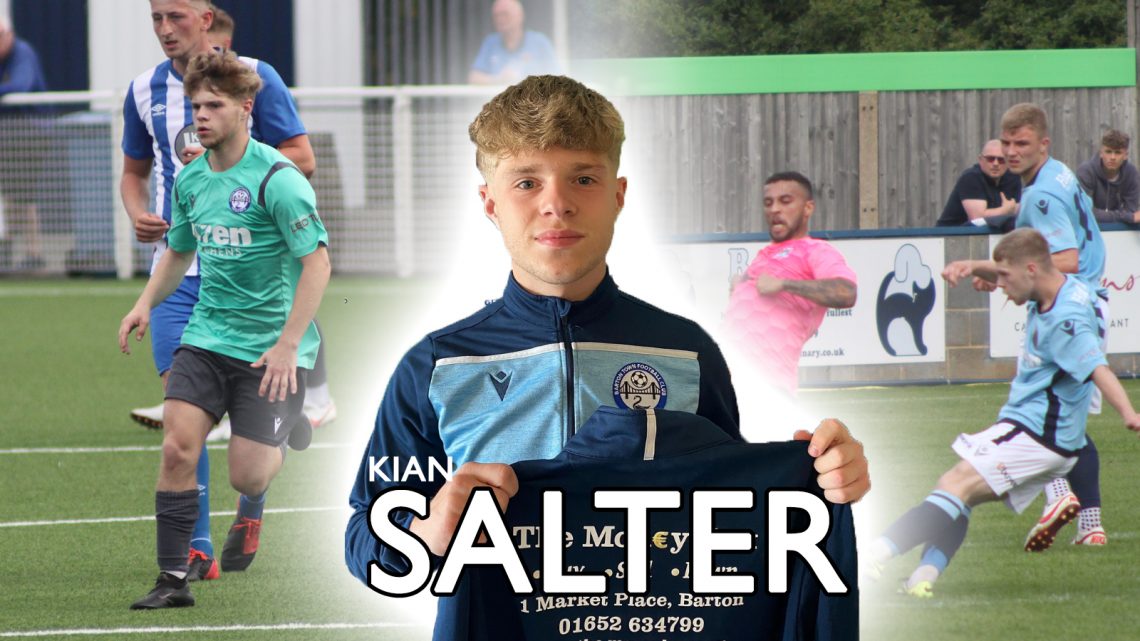 28th September 2021 Off By bartontown

Barton Town are delighted to announce that Kian Salter has been promoted from the Reserves side to the First Team with immediate effect.

Kian has been a part of the club for a few years now, joining Liam Graham’s side as a youngster. In that time he has excelled for the Reserves and made a few cameo appearances for the first team. He was called up to cover an injury to Ben Hinchliffe and has since impressed first team duo Nathan Jarman and Danny North.

Over the last three seasons with the reserves he has been virtually ever-present, making 40 appearances and scoring 12 goals. Highlights being hat-tricks against North Ferriby Reserves and Driffield Juniors last season.

Having originally joined as a left wing back in Graham’s system, Kian has become a more than capable attacker. In our recent FA Vase game against Staveley he came on and almost grabbed himself a goal.

He will now be keen to push on and improve, and who better to learn from than two former professional strikers in Jarman and North.

A successful product of the Swans Reserves side, Kian will hopefully not be the last to make the transition from reserves to first team.