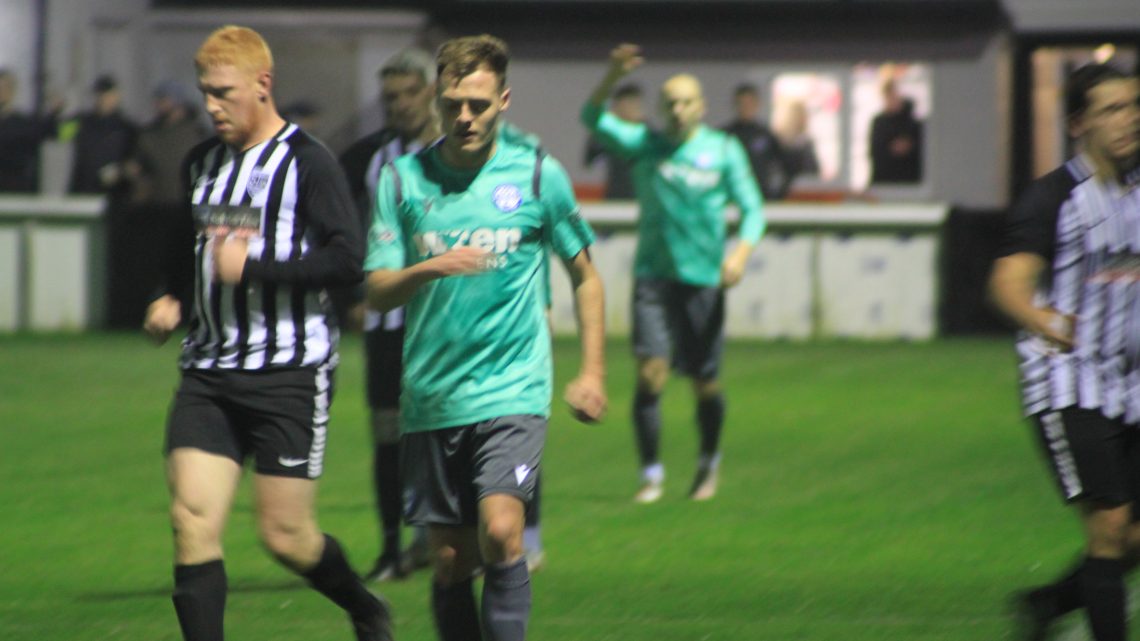 30th September 2021 Off By bartontown

Barton Town kept up their unbeaten away run with another draw away at Penistone Church in an evenly-fought game.

The hosts took the lead after two minutes before Tom Waudby equalized ten minutes in. A deflected free kick on the stroke of half time put Church back ahead but Ben Hinchliffe’s goal midway through the second half secured the point.

It was an unchanged lineup from Saturday’s FA Vase win over Staveley Miners Welfare, with Jack Varley and Josh Baker returning to the bench after injuries.

It took just 90 seconds for the hosts to score, the Swans played a high line and were caught out as Luke Stewart sprang the offside trap and ran in to slot past Mike Emery and put Penistone ahead.

The goal seemed to awaken the Swans however as they grew into the game, and by the ten minute mark were back on level terms.

A cross from Mitchell Levi-Lewis curled towards the back post and Tom Waudby was there to head it past the ‘keeper for his second goal since returning to the club.

The Swans were on top, and were pushing for a second goal. Levi-Lewis almost scored himself with a curling effort that went just over the bar.

Penistone were threatening too, having chances which the Swans defended well. A free kick was awarded to the hosts on the stroke of half time. James Young struck it low and it deflected in off a Swans player to put the hosts ahead at the break.

Shortly after the break Ben Hinchliffe was played in after a brilliant through ball, but his shot was well saved by the Penistone ‘keeper. He’d get his goal however.

Midway through the second half, Waudby turned provider as he crossed the ball low towards the far past, and Hinchliffe was at full stretch to tap it in for his fifth goal of the season.

Immediately after the kick off Grant Tait was teed up on the edge of the area but his shot sailed over the bar. Barton were well and truly in the ascendancy.

With 15 minutes left Josh Baker made his return from a broken foot, and already showed his quality, spraying passes and playing insatiable through balls.

As the game ebbed and flowed, Barton went from pressuring and on top, to scrambling to defend and holding on after a late spell of pressure from Penistone. A succession of corners and a point blank save from Emery denied the hosts and the points were shared in a nervy game for both sets of supporters, but a great game for the neutral.