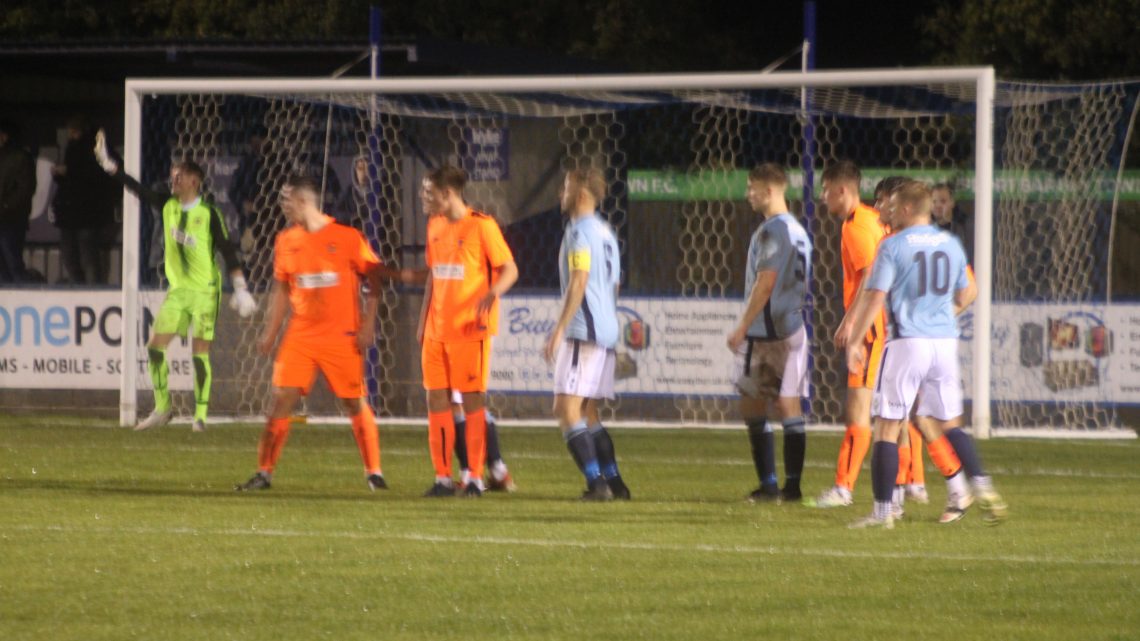 6th October 2021 Off By bartontown

Barton Town stretched their unbeaten run to five games with a 2-2 draw against a spirited Athersley Recreation at the Easy Buy Stadium on another cold and miserable night.

Muhamet Gashi gave the visitors the lead after ten minutes before Taron Hare equalized for the Swans shortly before half time. Connor Johnson restored Athersley’s lead before Tom Davie put Barton back on level terms shortly before the final whistle.

There were two changes to the side, with Josh Baker and Curtis Bateson coming in for Grant Tait and Mitchell Levi-Lewis. Swans boss Nathan Jarman had a full bench to choose from, with Scott Matthews returning after being unavailable at the weekend.

The first real chance of the game resulted in a goal. The Swans tried to play the ball out from the back and the ball was intercepted by Gashi, who shot from the edge of the area and his drilled low effort beat Mike Emery and gave the visitors the lead.

The Swans were gifted a golden opportunity to equalize as Tom Waudby capitalised on a poor defensive header to be one on one with the goalkeeper. He shot but it was at the ‘keeper who parried it away and the ball was cleared by the defender. However soon before half time the Swans got their goal.

Ben Hinchliffe was fouled and Curtis Bateson swung in a free kick, it was met by Swans skipper Taron Hare at the back post who side footed it into the back of the net. His second goal for the Swans and a goal which had been coming on the balance of play.

The rain came down heavier in the second half, and the Swans had the first big chance of the half. Bateson won the ball from the Athersley defender and played in Harrison Coley. He ran into the area but dragged his shot wide of the goal. They were made to rue this missed chance however.

Two minutes later and the ball was crossed into the Swans box and was headed back across goal to Connor Johnson who bundled the ball into the back of the net to restore Athersley’s lead.

Following the goal the Swans were dominant, offering chance after chance to get back into the game. Waudby and substitute Grant Tait had two of the better chances. But neither could beat the goalkeeper.

Tom Davie struck from the edge of the box but the ‘keeper pulled off a fantastic save, but the left back would be on the score sheet for the second time in as many games. A corner was swung in by Bateson and it was Davie who headed it past the goalkeeper to put the Swans back on level terms again.

Try as they might the Swans couldn’t find the winner, and the points were shared.

Reserves through to next round of cup with Horncastle win