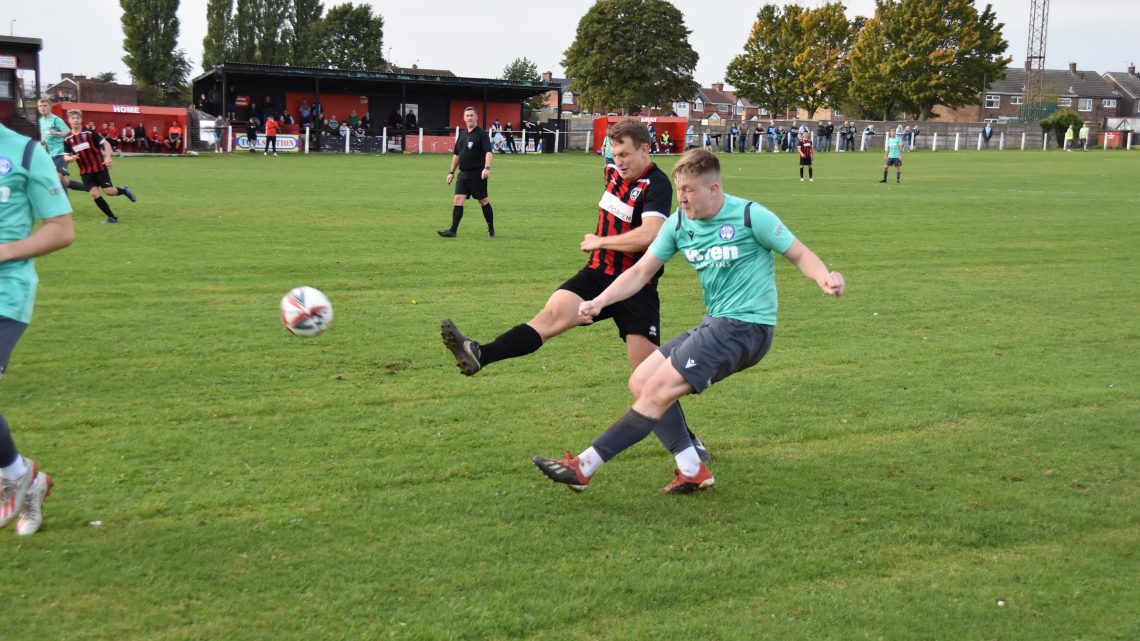 Barton Town’s unbeaten away run continued at the weekend with a 1-1 draw at Maltby Main. The Swans have now drawn all six of their games on the road this season thanks to Tom Waudby’s goal. The hosts equalized through a penalty in the second half as the points were shared.

There was only one change to the Swans lineup from the midweek draw with Athersley, with Grant Tait coming in for Euan Sterling, who was on the bench.

Maltby had the first few big chances of the game, with Turner unable to get to a cross driven low across the area. Midway through the first half and a free kick was driven low but Mike Emery was equal to it and managed to save it and the Swans cleared.

38 minutes in and the Swans grew into the game and managed to get the opening goal. Following a Maltby attack, the Swans countered, with Ben Hinchliffe teeing up Tom Waudby. He burst into the area and fired into the top corner. His fourth goal in seven games since returning to the club.

However almost instantly after the goal, Maltby had an attack with a header from a cross hitting the post. A let off for the Swans who had one more chance before half time. Curtis Bateson went on a mazing run with his shot coming back off the post. However this would be his last action in the game as an injury concern meant he was replaced by Scott Matthews at the break.

Maltby came out swinging in the second half with Austin hitting a sweet volley which was saved by Emery. Turner and Hardwick both went close for Maltby before the most contentious moment of the game came.

Jamie Goddard was penalised for playing the ball, the entire Swans bench along with some Maltby officials were bemused by the decision. So much so that Swans Assistant Manager Danny North was sent off for complaining to the referee. The penalty was dispatched by Williams as Maltby were back in the game, and deservedly so.

The game ebbed and flowed, with the Swans fighting relentlessly to find a winner. Hinchliffe, Waudby, and Harrison Coley all had chances to put the Swans ahead. Waudby then had another effort as his header hit the cross bar, with neither side looking able to take the win.

However in the final five minutes Maltby piled the pressure on, but a winning goal wasn’t forthcoming.