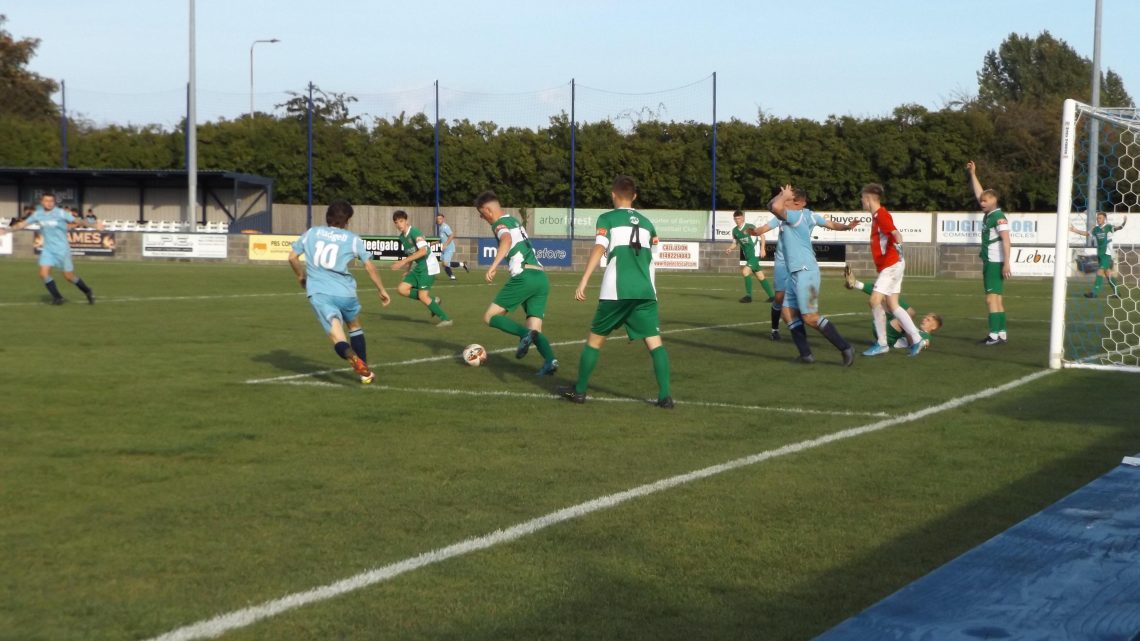 Barton Town’s Reserves side managed to end Lincoln United Development’s unbeaten start to the season with a 1-0 win at the Easy Buy Stadium courtesy of a late Joel Chapman penalty.

The Swans produced plenty of chances, but couldn’t quite break down a resilient Lincoln defence. The closest the Swans came to breaking the deadlock was a free kick which struck the post. However the Reserves were patient, and after 83 minutes, the Swans were awarded a penalty.

Joel Chapman stepped up to score the penalty and score his seventh goal in 13 appearances so far this season for the Reserves.

There were plenty of positives for the Reserves, with the Swans having good possession of the ball and creating most of the chances against a strong Lincoln United side.

The Reserves climb to ninth in the Lincs League table following the win, and will take on Nettleham away on Saturday.