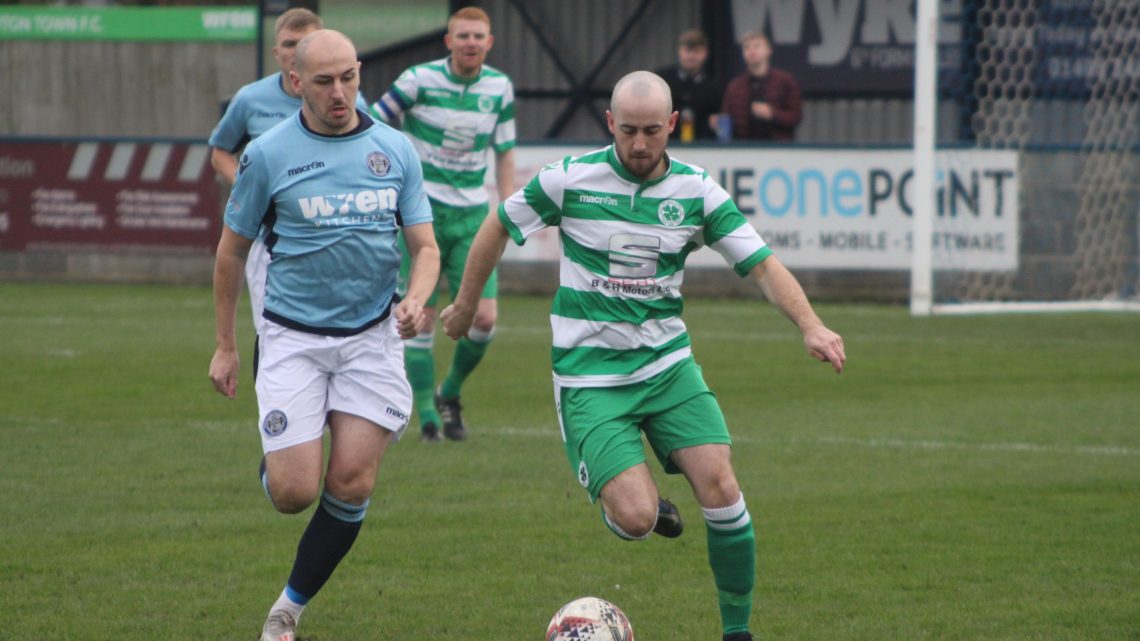 Barton Town progressed to the Second Round of the FA Vase for the first time since 2018/19 with a 3-1 win over Cleator Moor Celtic at the Easy Buy Stadium.

The visitors made the long journey from Cumbria, and fell behind to Tom Waudby’s goal before they equalised through Brad Tatton to make it level at the break. A quickfire double from Waudby and Ben Hinchliffe shortly after the restart sealed the win for Nathan Jarman’s side.

There was one change to the starting lineup with Tom Davie missing out through illness, Euan Sterling came in for him with Jack Tanser being named on the bench.

The Swans had two chances in the first ten minutes to break the deadlock. Sterling’s ball over found Hinchliffe, but the striker’s shot from the edge of the area went just over the bar. Hinchliffe then turned provider as he cut the ball back to Waudby. He ran in but his effort was saved by the goalkeeper, who despite the score, had a good game.

Midway through the first half Hinchliffe fed Grant Tait with a nice through ball on the wing. Tait swung the ball in but Waudby’s glancing header was just wide. However the winger would soon be on the scoresheet.

Around the half hour mark Mitchell Levi-Lewis broke through and shot on goal, the effort was parried into the path of a receptive Waudby, who tapped it in to keep up his hot run of goalscoring form.

Cleator hadn’t had many efforts on goal, they had the ball in the net on 39 minutes but it was chalked off with the striker being offside. However their next chance would be the equalizer.

A brilliant diagonal ball across the area found Tatton, who flicked the ball past Mike Emery to bring the visitors in to the game on 42 minutes.

The Swans weren’t held back for long however, on 48 minutes the Swans were given a free kick on the edge of the area. Scott Matthews’ effort bounced off the bar into the air. Waudby rose highest and the ball looped over the goalkeeper and into the back of the net. His seventh goal in nine games.

Two minutes later Hinchliffe broke through the defence and was in on goal. He took his chance quickly and his shot was perfectly placed past the keeper to score the Swans’ third.

Midway through the second half Josh Baker’s ball over the top found Swans captain Josh Lacey at the back post, but he couldn’t quite direct his effort on target.

The Swans saw the game out, with a late chance for Waudby to get his hat-trick which was spurned, but Barton held out and secured a comfortable win and progress into the Second Round.