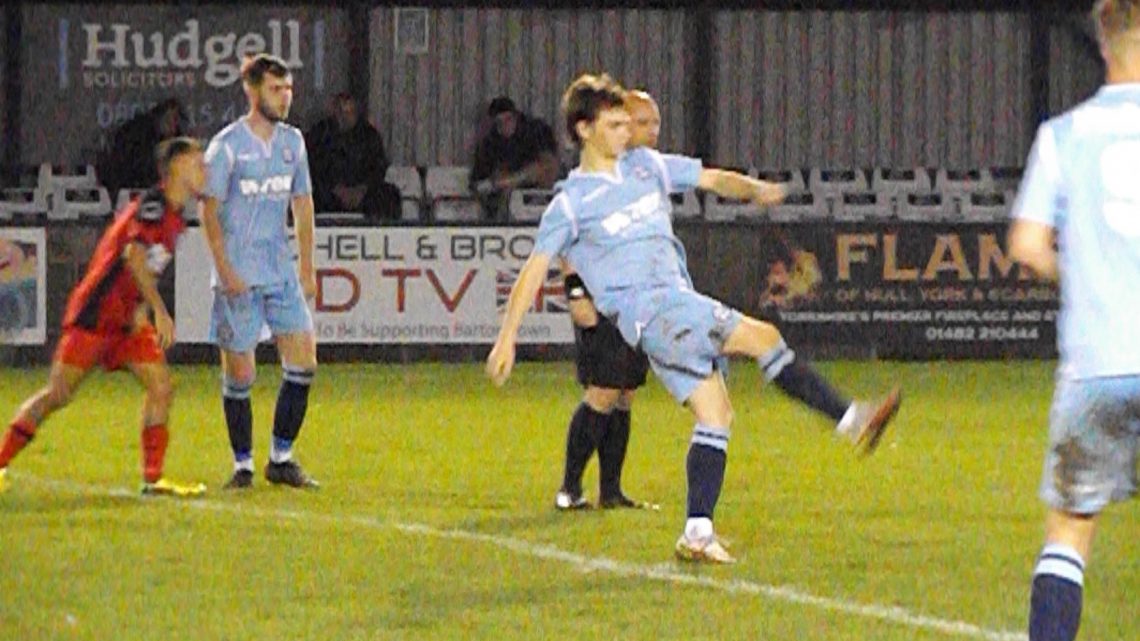 Barton Town Reserves thrashed Brigg Town Development in a 6-0 win at the Easy Buy Stadium in the Challenge Cup.

Jacob Sweeting’s hat-trick, along with goals from Tad Dixon, Cole Page and Jake Forman, sealed the win for Stef Wolkowski’s team in a display the Reserves temporary manager described as ‘perfect.’

A quiet first half in front of a bumper crowd of 182 soon burst into life in the 37th minute when Luke Blackburn swung in a free kick and Tad Dixon connected with it to give Barton the lead.

Just before half time it was two, when Leon Burtt teed up Cole Page to fire home and give the Swans the advantage at the break.

Soon after the break Joel Chapman had the ball in the back of the net but the referee ruled it out, deeming the Swans striker offside. Soon after Burtt almost doubled his tally for the evening, when his free kick struck the cross bar with a brilliant effort.

78 minutes in and it was three. Jacob Sweeting, fresh from his first goal at the weekend, finished with a nice turn and shot into the top corner. Two minutes later he scored again with Burtt playing the ball to the striker, who fired home his second, and Barton’s fourth.

The pick of the night’s goals came when Sweeting clinched his hat-trick. He was clear and one on one with the goalkeeper, when he had the confidence and presence of mind to lob him from just inside the area with a deft finish.

In stoppage time there was even chance for Jake Forman to get in on the action, scoring a sixth for Barton following a fine assist from Bryn Everitt.

A dominant display from the Swans, with Stef Wolkowski proud of his Swans team, and the atmosphere within the ground.

“If we could picture a perfect 90 minutes I’d say that was it and a little more. We could sense just from the warm up we wanted it, we was hungry and we knew we would have a big crowd wanting us to put on a show. A huge thank you goes to the Swans fans, to see over 180 at the game, making the noise they did really gave the boys that little extra.

“I was over the moon for each individual player in so many ways but collectively as a team, the way we backed each other, played with no fear and bags of confidence showed. But, that’s done with now, our focus turns to Saturday and we want/need to keep that level of performance up as Wyberton will be a tough outfit.“