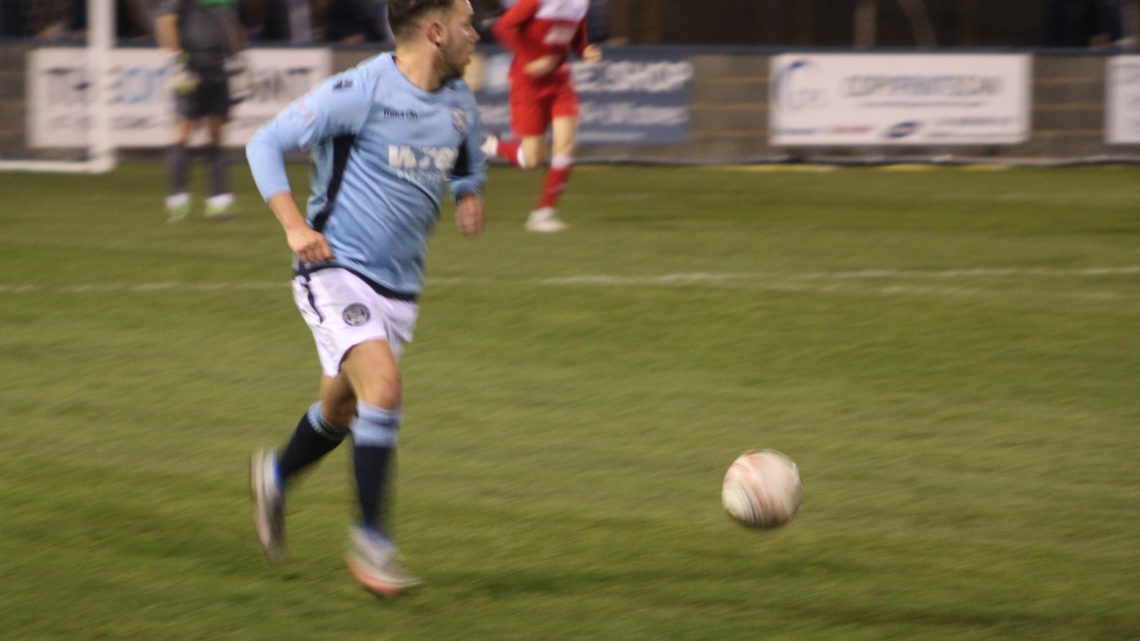 Swans out of Lincolnshire Senior Trophy on penalties

Barton Town were knocked out of the Lincolnshire Senior Trophy on penalties following a 1-1 draw with Boston Town.

The Swans took the lead through Ben Hinchliffe’s goal after 20 minutes before Harry  Limb equalised for the visitors on the half hour mark. A winner couldn’t be found and Boston took victory on penalties following two misses from the Swans.

There were a couple of changes to the lineup, with Taron Hare returning from injury and Kian Salter being given a start along with Jack Tanser. Tom Waudby, Harrison Coley and Euan Sterling made way.

It was Boston who had the first chance of the game, with a ball played over the top being misjudged by the Barton defence. The striker ran in and shot low but Mike Emery was equal to it and pulled off a save with his legs to deny Boston.

The Swans had a penalty shout turned down when Salter swung in a cross which fell to Mitchell Levi-Lewis. Just as he was teeing himself up to shoot he was brought down by the defender, who was adjudged to have played the ball according to the referee. Salter then had a chance of his own when Levi-Lewis repaid the favour, playing a brilliant ball in which Salter couldn’t keep down and it went over the bar.

20 minutes in and the Swans had the lead. A through ball was ran onto by Ben Hinchlfife, who sprung the offside trap, surged forward, and struck a shot with venom into the bottom corner. His 31st goal for the club and his ninth of the season.

On the half hour mark, a moment of hesitancy from the Swans centre halves saw Harry Limb run onto the ball and break clear. He rounded Emery and tapped the ball in to level the score.

There was one last decent chance before half time, with Levi-Lewis’ free kick curling over the wall and forcing a good save out of the goalkeeper.

While the first half was entertaining and end to end, the second half was more frenetic with both sides looking for the winner. Jamie Goddard shot from distance on the hour mark but the goalkeeper did well to save it.

Ten minutes from time and the Boston attacker had a brilliant effort bounce off the top of the bar in the closest they went to winning the game in normal time. Goddard had one more chance just before the full time whistle as he curled a shot from the edge of the area forcing another brilliant save out of the goalkeeper.

However there wasn’t a winning goal and it went to penalties. Boston’s first went in despite Emery getting a hand to it. Hinchliffe went next but his was saved by the Boston keeper. Boston scored their second and third penalties, as did Barton through Harrison Coley and Scott Matthews.

Boston’s fourth was saved by Emery to give the Swans a lifeline, however Kian Salter’s penalty was saved by the goalkeeper and Boston scored to send them through to the next round. A valiant attempt from the Swans who were in the game throughout and was a game neither side deserved to lose, but that’s cup football.

Reserves in narrow loss to Wyberton