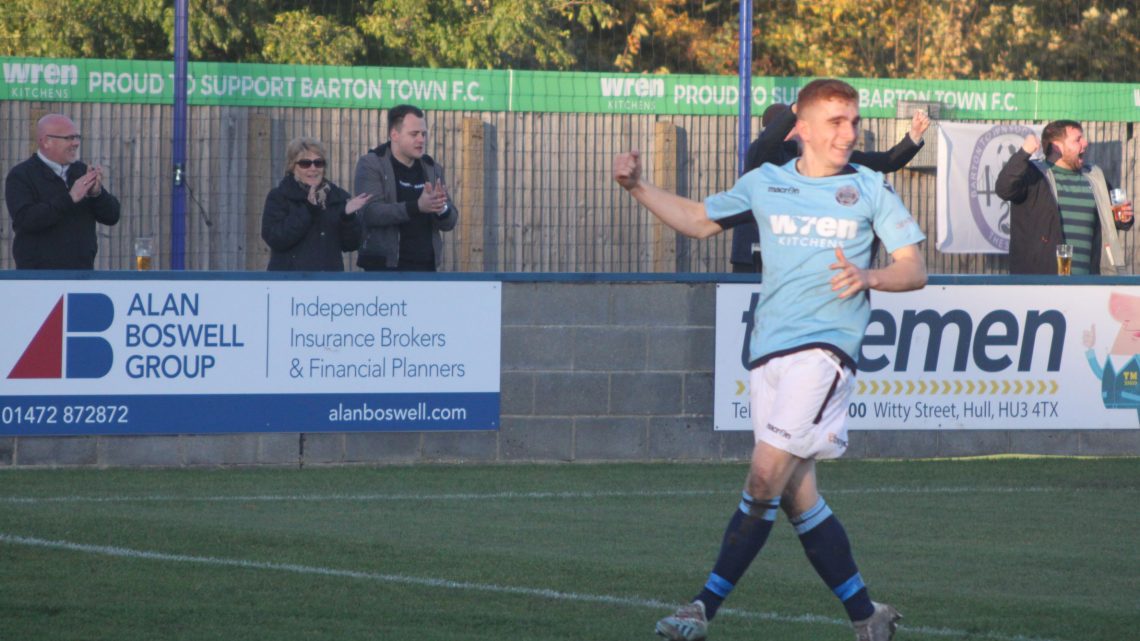 Swans fight back to defeat Handsworth

1st November 2021 Off By bartontown

Barton Town came back from behind to defeat Handsworth 2-1 at the Easy Buy Stadium as the unbeaten run stretches to ten games.

Kane Reece opened the scoring for the visitors around the half hour mark before Scott Matthews opened his account for the season shortly after half time. The visitors were reduced to ten men soon after before Tom Waudby sealed the win 20 minutes before time.

There were a couple of changes following the penalty defeat to Boston Town in midweek. Tom Waudby and Harrison Coley returned to the side at the expense of Kian Salter and Jack Tanser, who were both on the bench.

The first chance of the game fell to Grant Tait who tried to shoot from distance, but his low shot along the ground was picked up by Handsworth keeper Ben Townsend.

Shortly after the half hour mark, despite the Swans dominating they found themselves behind. A misplaced pass found Reece, who burst through on goal and slotted past Mike Emery to give the visitors the lead against the run of play.

The Swans lacked that incisive final touch in the first half, but that soon changed after the restart. Two minutes in and after a mazing run by Waudby across the area, he fed Scott Matthews. The left back run into the area and lashed his shot past Townsend with a brilliant finish. His first of the season and only his second goal for the club.

Minutes later and the visitors were down to ten men. Alfie Smith brought down Ben Hinchliffe who was running in on goal. As the last man the referee showed him a straight red card and awarded the Swans a free kick on the edge of the area.

The Swans were piling on the pressure now with the extra man advantage. Mitchell Levi-Lewis and Waudby both having chances to score but it was the latter who’d break the deadlock.

Waudby headed the ball, and it was adjudged to have crossed the line before Townsend could clear it. Following a moment of confusion the referee gave the goal, his eighth in 11 appearances this season.

Hinchliffe was next to go close as he prodded the ball around Townsend but his touch was just slightly too heavy. The ball trickled out for a goal kick before the striker could get to it.

The Swans had the ball in the back of the net courtesy of Harrison Coley’s neat finish, but the striker was offside according to the linesman.

After a few tense minutes the Swans hung on, sealing another win as the climb up the table continues.