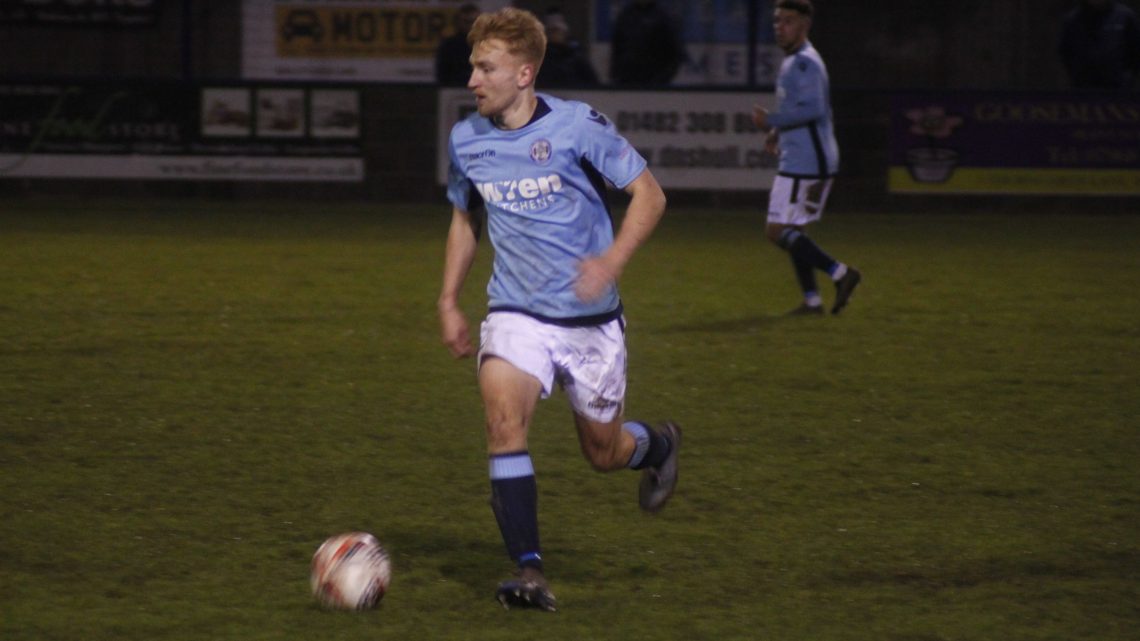 3rd November 2021 Off By bartontown

Barton Town secured their passage into the next round of the NCEL League Cup with a slender 1-0 win over Silsden AFC at the Easy Buy Stadium.

After a goalless first half, and three injuries, the deadlock was broken when Swans Manager Nathan Jarman, who came on for the injured Ben Hinchliffe, rolled back the years with a delicate lob over the keeper 15 minutes from time.

There were a couple of changes from Saturday’s win over Handsworth, with Tom Davie and Kian Salter coming into the side with Scott Matthews and Josh Baker being placed on the bench.

The Swans started the brighter side, with a couple of decent chances in the first quarter of an hour. Mitchell Levi-Lewis curled a free kick just over the crossbar before Harrison Coley’s shot went wide of the post.

Tom Davie was feeling the effects of an earlier challenge and was brought off after just 21 minutes, with Scott Matthews replacing him.

Barton were creating a lot of chances, and containing the Silsden attack. Tom Waudby attempted an overhead kick which wasn’t too far over the bar. Kian Salter then almost scored with the last kick of the first half. His shot from distance had beaten the keeper, but it bounced off the crossbar and was cleared as the referee blew for half time.

Injuries to Coley and Ben Hinchliffe saw Josh Baker and Nathan Jarman come on, and the Swans Manager soon hit the ground running.

Silsden had a rare chance on goal shortly after the break, as the ball was laid off to their attacker on the edge of the box, but he couldn’t get his effort on target and it went over the bar.

On the hour mark Salter was in on goal after a misplaced header by the Silsden defence. His shot was caught by the keeper before being fouled and the visitors were awarded a free kick.

20 minutes left and a goal was coming for either team in an end to end affair. Jarman was in on goal, one on one with the goalkeeper but the low shot was well saved and cleared. However four minutes later the deadlock was finally broken.

A great ball over the top was well controlled by Jarman, and after turning his defender on the edge of the area, he produced a delicate lob which beat the keeper and opened the scoring. A touch of class from, the ex-professional.

It was a nervy finish however as the Swans tried to hold on to the lead as Silsden come on strong. Mike Emery produced a fine point blank save to deny the visitors when it looked like they’d equalize.

The goalkeeper came up for a corner which was cleared by the Swans, and Jarman was given the ball on the half way line. He brought it forward before shooting towards an empty net. The ball trickled just wide.

Tom Waudby was next to have an effort as the Swans countered, but it was sent into the side netting.

Barton held on for yet another win, and passage into the NCEL League Cup Third Round.

“It’s our FA Cup and we are going with one aim and that’s to get into the 4th Round.” Stefan Wolkowski interview