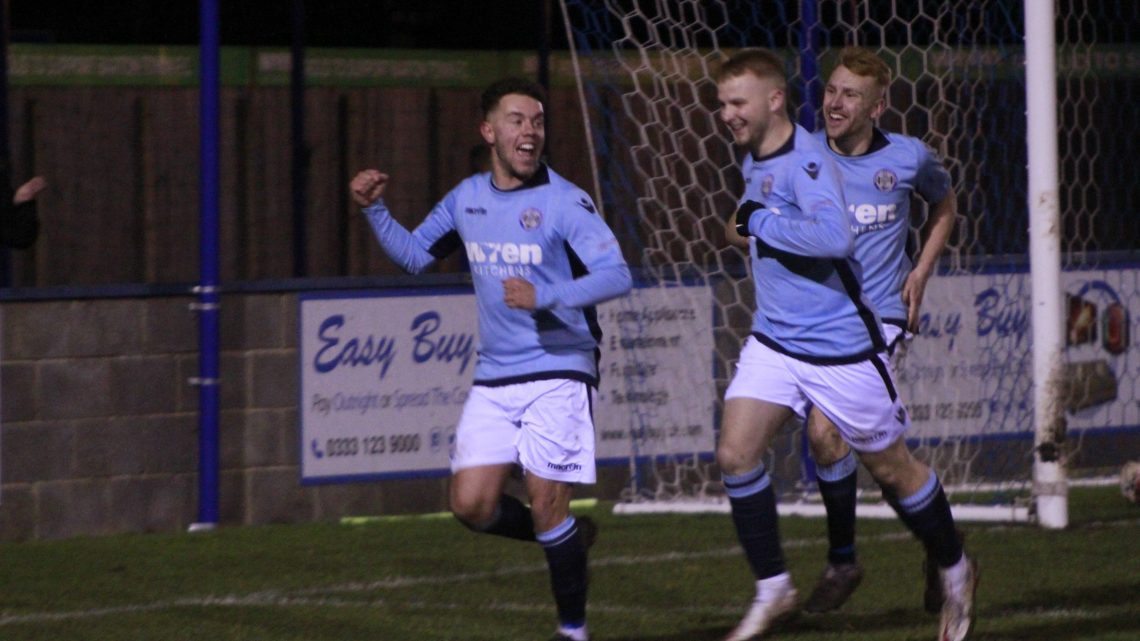 4th December 2021 Off By bartontown

Barton Town have extended their unbeaten run to 16 games with a 3-1 win over Hemsworth Miners Welfare.

The hosts took the lead against the run of play through Seon Ripley, but two goals in as many minutes from Tom Waudby and Ben Hinchliffe put the Swans ahead at the break. Mitchell Levi-Lewis sealed the win shortly before full time with his second goal of the season.

There was only one change from the side that drew at Sherwood last week. Curtis Bateson came in for Levi-Lewis with new signing Elliott Vasalo on the bench.

Before the game a minutes silence was held for both Graham Hastings, whose family were present as match sponsors, and Jim Nichol, who we sadly lost last week. Both were former Swans volunteers who are dearly missed.

It was a largely end to end game in the opening proceedings. The Swans were on top but only creating half chances. Hemsworth were attacking well but the defence was resolute. On the half hour mark however the visitors took the lead.

An under-hit pass was intercepted by Kane Swinburn and he fizzed the ball low across the area to Seon Ripley, who tapped it into the back of the net to give Hemsworth the lead.

This appeared to galvanise the Swans, as ten minutes later a Curtis Bateson corner was headed in by Tom Waudby to bring Barton level.

90 seconds later a neat through ball played in Ben Hinchliffe, who ran in on goal and slotted low past young goalkeeper Joe Fletcher to put the Swans ahead and complete a quick turnaround.

The second half saw a lot of action, Bateson and Hinchliffe had half chances and at the other end Mike Emery pulled off some fantastic saves with Josh Lacey and Taron Hare also contributing with vital blocks.

Midway through the second half Tom Davie unleashed a powerful shot which cannoned off the bar, and the rebound was headed by Waudby which also hit the bar.

With 20 minutes to go Hemsworth were down to ten, as Jason Davis reacted badly to a Harry Middleton challenge. Middleton was booked and the Hemsworth striker sent off.

With ten minutes to go Elliott Vasalo was handed his debut and in his brief cameo he almost scored when his shot went just the wrong side of the post.

The three points were secured shortly before full time when Hinchliffe laid the ball off to Mitchell Levi-Lewis, who shot first time to score his second goal of the season, and secure yet another win for the Swans.