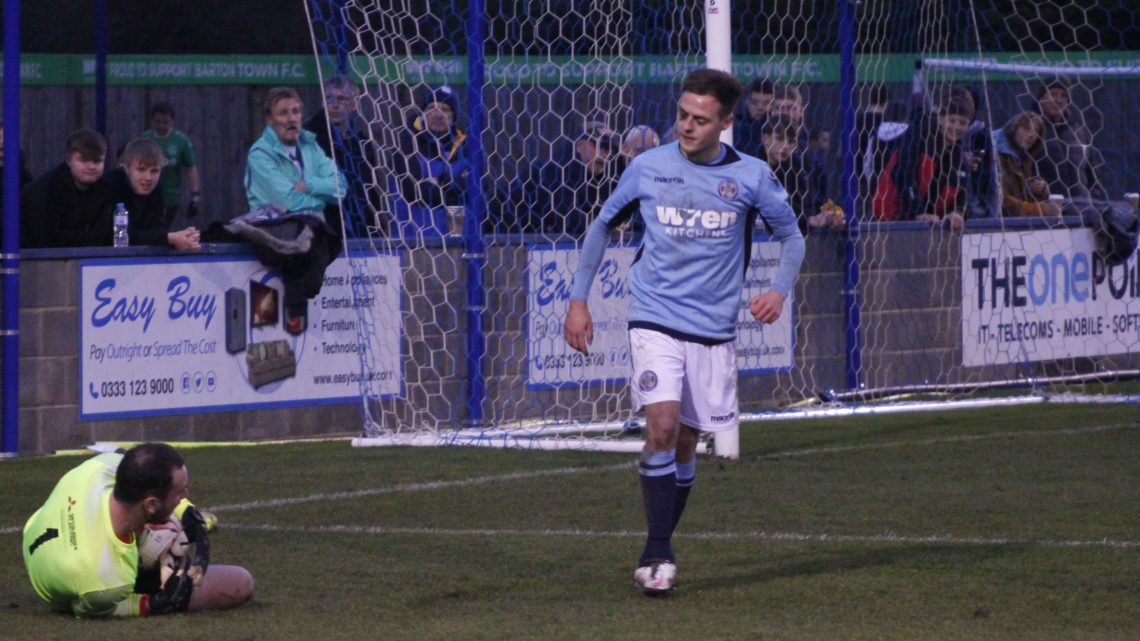 1st December 2021 Off By bartontown

November saw the Swans go unbeaten for the whole of the month with four wins and a draw. This included the historic 3-2 win at Eccleshill which saw the Swans in the FA Vase Third Round for the first time in the club’s history.

Due to the perils of non-league at our level, not every game is filmed and therefore videos of our goals are hard to come by. Therefore this month the new Goal of the Month competition is between just two.

Following an injury to Ben Hinchliffe in the NCEL League Cup second round tie vs Silsden, Swans Manager Nathan Jarman brought himself on to play up front. With the game winding down and heading for penalties, Jarman stepped up, turning his man on the edge of the area and producing a delicate lob which beat the keeper and won the game for the Swans.

The Swans defeated Lincolnshire rivals Bottesford Town by a single goal from Ben Hinchliffe. A ball into the area was controlled by the striker, who took a touch, and then volleyed it into the bottom corner with a fantastic finish.

Vote for your choice in the link below!