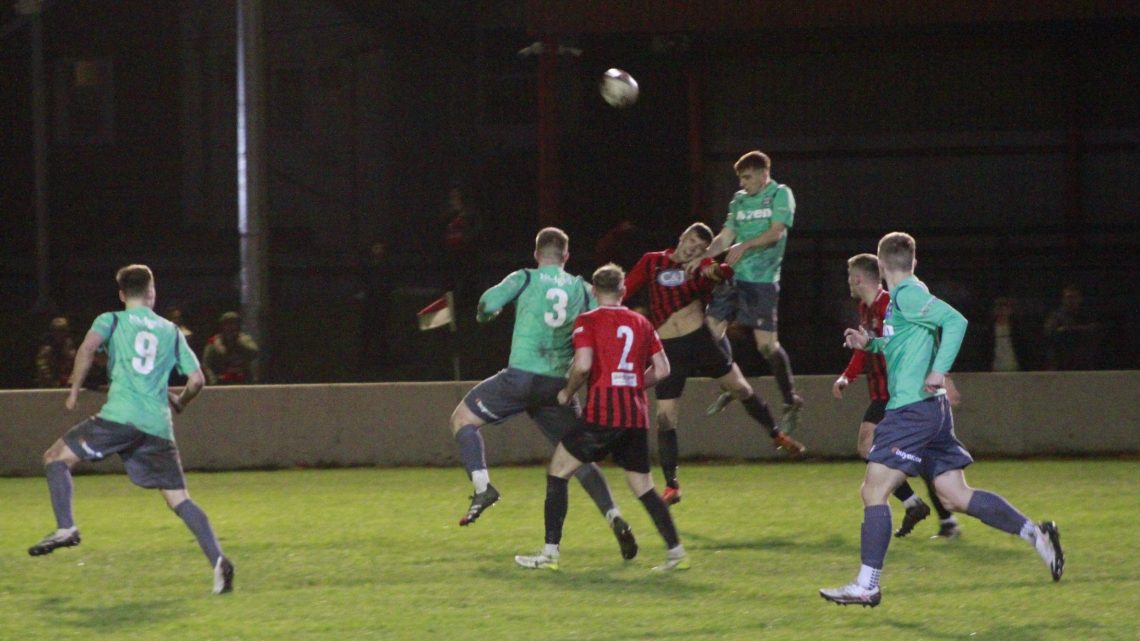 The Swans were on the right side of a last minute goal this time as Tom Waudby sealed the win for Barton at Goole AFC.

Curtis Bateson gave the Swans the lead with a wonderful solo effort before a second half Sam Cable penalty levelled things. Waudby’s header in stoppage time sealed the three points.

An injury to Mike Emery meant Charlie Dixon returned for the Swans and deputised. Harrison Coley was rested with Elliott Vasalo coming in for his first start in the only other change.

It took two minutes for the Swans to have their first effort on goal. Curtis Bateson’s header was cleared off the line before a Harry Middleton strike was over the bar.

Bateson then crossed the ball over from the left, but Ben Hinchliffe couldn’t quite get his header on target. But a moment of brilliance soon came.

Midway through the first half Bateson received the ball deep in his own half. He burst forward and took on a couple of players. He sent them the wrong way, cut onto his left foot and slotted the ball low into the bottom corner.

Goole were looking to threaten throughout the first half on the counter-attack. They were held by a resilient Swans defence, but in the second half the hosts grew into the game.

A couple of chances forced Dixon into a save before an effort was sliced wide. But their moment soon came. Josh Lacey fouled in the area to give the hosts a penalty. Their deserved equalizer came when Sam Cable shot down the middle to put Goole back on level terms.

The final 15 minutes were all Barton, and their task was made easier when Goole were reduced to ten men. Hinchliffe was through on goal, and the last man brought him down. He received his marching orders and Middleton’s resulting free kick went just over the bar.

Into stoppage time and Bateson had his shot saved by the goalkeeper. On the next attack the Swans had the ball in the net. Lacey headed the ball across goal to Hinchliffe who volleyed it in but the linesman ruled it out for offside.

Deep into added time a cross from the left was met by Waudby. He rose high to head the ball over the keeper and in off the crossbar to secure the Swans the win with virtually the last kick of the game.