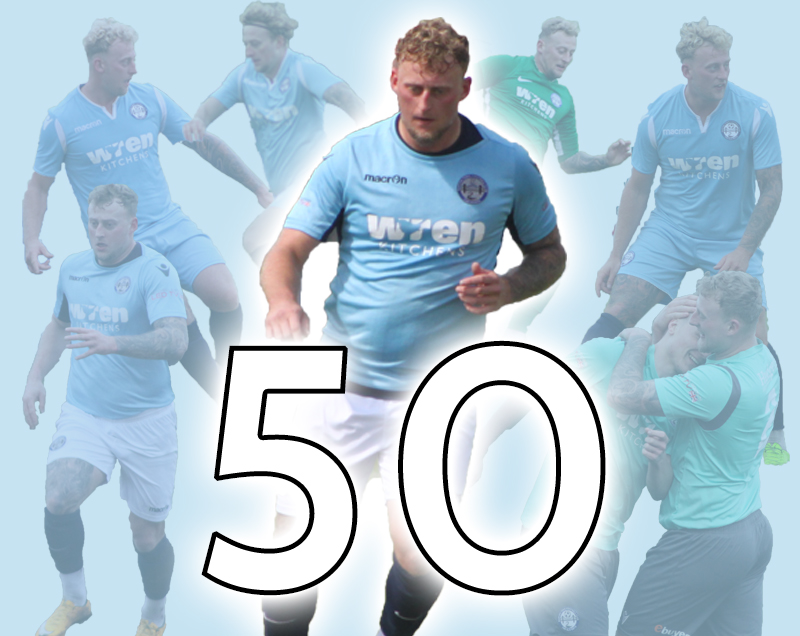 Swans defender Josh Lacey is in line to make his 50th appearance for the club at the weekend against Bottesford Town.

A hometown boy, Josh joined the Swans for the 2020/21 season under Rob Watson. He made his competitive debut for the club against Spalding United in the FA Cup in September 2020.

Under Nathan Jarman Josh has been a rock in defence, whether that’s at centre half or full back. He is the vice captain and has led his hometown club on many occasions.

We’re hopeful there’s many more appearances to come from Josh, who has played for the likes of Scarborough, Cleethorpes Town and Gainsborough Trinity. He made over 150 appearances for the latter, even playing alongside Jarman for the Holy Blues.