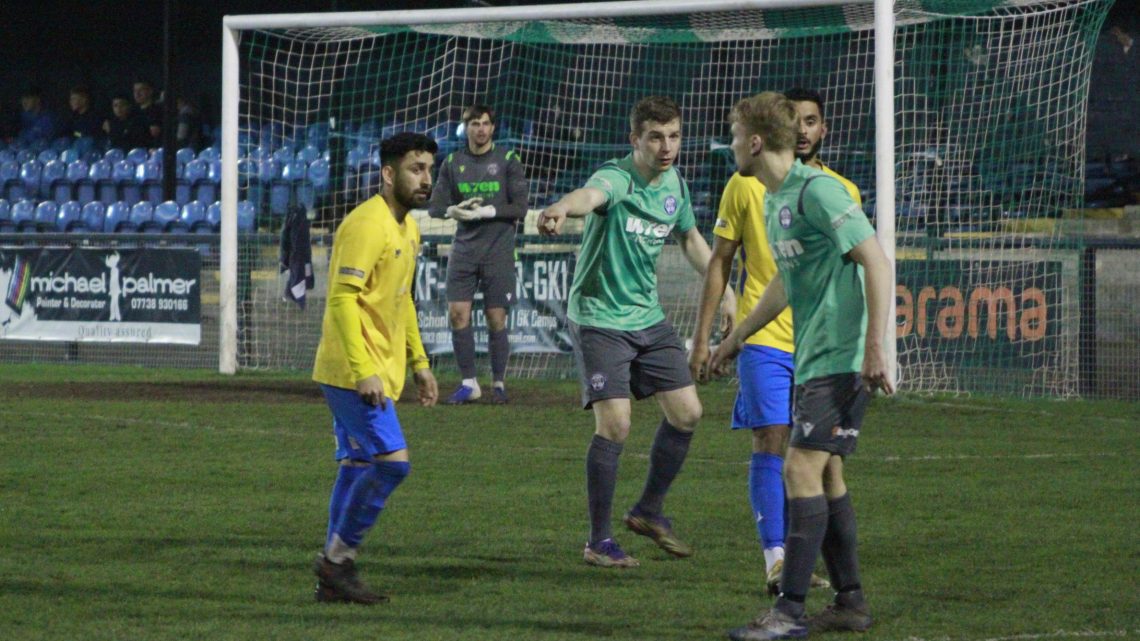 Barton Town recorded back to back wins for the first time since November with a comfortable 2-0 win over Albion Sports at The Citadel.

Tom Waudby scored midway through the first half to give the Swans the lead with a red card and a a Scott Matthews penalty being the main talking points of the second half.

There were three changes to the side, with Josh Baker and Jacob Sweeting being relegated to the bench with Taron Hare missing through injury. Jack Tanser, Ben Hinchliffe and Will Waudby replaced them.

The game began with Hinchliffe being played in but he couldn’t quite direct his shot at goal, going wide for a goal kick. Albion had a decent effort when Jaydan Sandhu burst into the area but shot high and wide.

A couple of free kicks for the Swans resulted in blocked shots before Barton took the lead midway through the first half. A defensive calamity saw the ball fall to Tom Waudby in the area. He composed himself and shot into the back of the net. His seventh goal against Albion Sports and his 17th of the season.

The Swans had a few more decent efforts to double the lead. Harrison Coley received the ball on the left and ran into the area. But his shot was cleared despite beating the keeper. Hinchliffe then showed great composure to cut inside and tee up Curtis Bateson, but his first time effort sailed over the bar. Finally a Josh Lacey volley from a corner was well caught by the Albion goalkeeper.

Ten minutes into the half and Charlie Dixon produced the save of the game. A backpass by Jack Tanser was collected by the Albion attack, and a fine shot destined for the net was parried by Dixon who produced a full stretch save to deny the hosts.

On the hour mark the Swans were awarded a penalty when a long ball over the top was chased down by Tom Waudby. He rose to head it but was taken out by the goalkeeper. The ‘keeper booked and Scott Matthews stood over the ball. He coolly slotted it low and sent the ‘keeper the wrong way for his second goal of the season.

Two minutes later Jamie Goddard tackled Oliver Russon. The Albion midfielder reacted, getting in Goddard’s face before butting him in plain sight of the referee. He sent Russon off and the hosts were down to ten.

The Swans continued to knock on the door, with Bateson teeing up Waudby, whose flicked up volley was saved well by the goalkeeper. Two substitutes then linked up when Jacob Sweeting chased down the ball and laid it off for Kian Salter. His shot with venom was well stopped and cleared.

A good win for the Swans and a clean sheet. The Swans haven’t dropped points against Albion since August 2016.