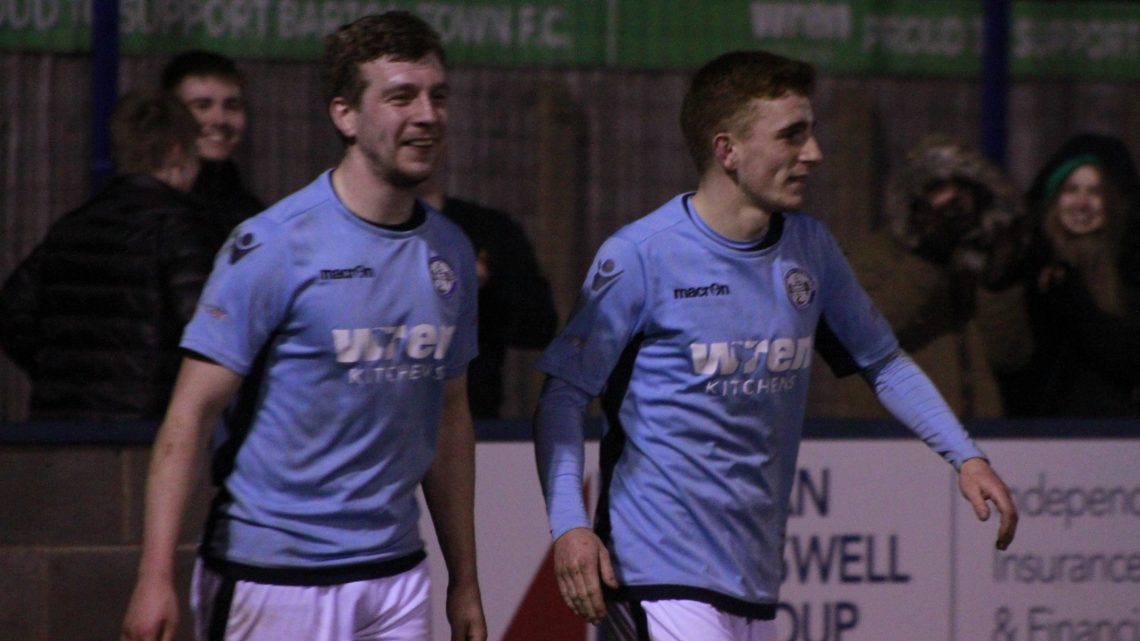 Barton Town all but secured a seventh place finish in the league table with a 2-1 win over Maltby Main at the Easy Buy Stadium.

Tom Davie, starting his first game since January due to injury, opened the scoring before Layton Swaine equalized just after half time. Will Waudby scored his first goal since returning to the club to seal the three points for Nathan Jarman’s men.

There were two changes for the Swans, injured Curtis Bateson and Jacob Sweeting were dropped in favour of Taron Hare and Tom Davie. Both were fresh from injury layoffs with Will Waudby moving from centre half to the left wing.

It was Waudby who had the first chance of the game five minutes in when a 25 yard shot went just over the bar. Two minutes later though the Swans were in the lead.

Davie received the ball on the right side. He cut in onto his left foot, and unleashed a shot from the edge of the area. It was low and driven past Hugo Warhurst in the Maltby goal into the bottom right corner. His fifth goal of the season.

He should have doubled his tally 20 minutes in when a corner was flicked on by Hare and Davie somehow put it over from six yards out. A sitter missed as the Swans kept carving out chances.

Tom Waudby was next, shooting from distance but again just over the bar. Davie then had a speculative left footed volley curl just wide of the post. At the break the Swans were ahead but were forced into a change when Josh Baker couldn’t continue after feeling unwell, Jack Tanser replaced him.

Five minutes into the second half the visitors were level. A well-worked move down the left hand side saw the ball crossed in where Layton Swaine was waiting. He volleyed the ball in from close range to bring Maltby back into the game.

Two Will Waudby crosses weren’t converted. The first to Davie who couldn’t quite head on target. The second to his brother Tom, whose header went just over. But it was Will himself who scored the winner.

A fantastic through ball from Davie played Waudby through on goal. He ran in and slotted the ball under Warhurst to score his first goal since returning to the club from Beverley Town.

The Swans held on for an impressive win against a team also vying for seventh place. With just two games left to play in the league the Swans look to all but have sealed seventh, with a League Cup semi-final on the horizon.