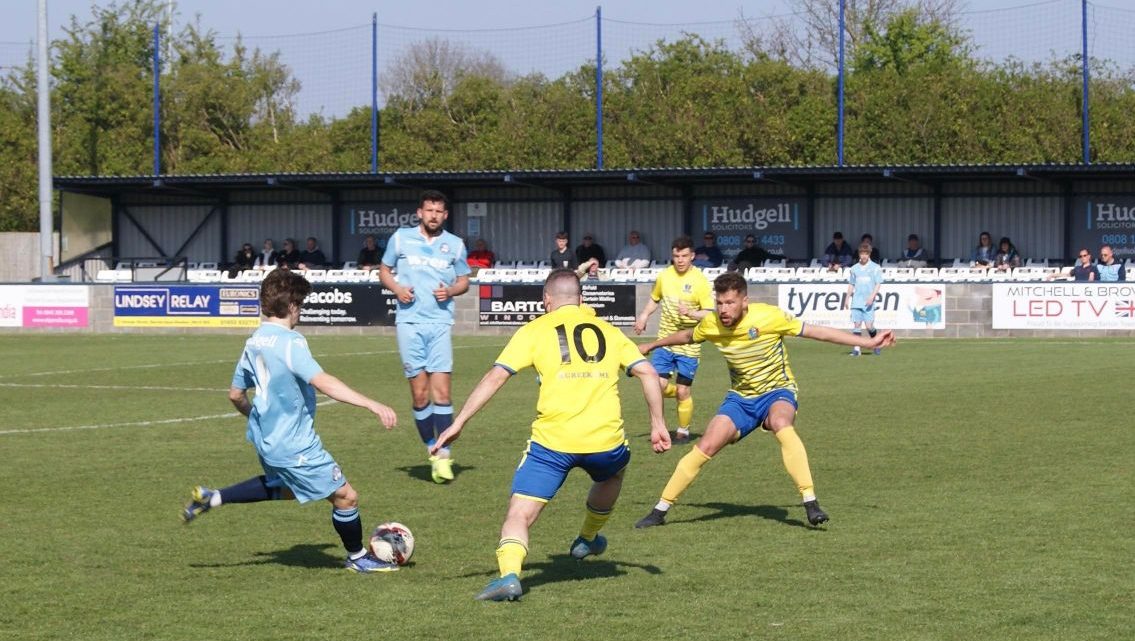 Reserves lose out to Nettleham

A second half turnaround saw the Reserves lose to Nettleham at the Easy Buy Stadium in front of a bumper crowd of 201.

Harry Bowes gave the Swans the lead just before half time, but second half goals from Harry Hinkley and Ryan Beaumount condemned the Swans to a home defeat.

There was a debut for Stephen McCarron. The Brigg Town midfielder could finally play for the Swans following the conclusion of the Zebras’ season. Connor Drury was called up from the Under 16’s for a spot on the bench. Liam Kendall replaced the unavailable Matt Clayton.

After a few half chances the first effort of the game fell to Bowes. He raced through one on one but his shot trickled the wrong side of the post. Kian Salter was a menace at left full back and made a brilliant mazing run on 21 minutes. HIs cross was headed just over as the Swans hunted a goal.

The visitors however were carving out chances of their own, and had it not been for a goal-saving tackle from Luke Blackburn, Nettleham could have been ahead. Bowes then had another chance as he was played in but put the ball wide again.

However the Swans got their reward for all their first half pressure, and Bowes finally grabbed his goal. Joel Chapman ran from the right side and crossed low. It fell to Bowers at the back post who prodded it into the bottom corner to put Barton ahead just before the break.

The second half couldn’t have began any worse for the Swans though, as a free kick from the right was met at the back post by Harry Hinkley who bundled it past Jack Dunn for the equalizer.

Nettleham were in the ascendancy, and despite the Swans putting up some resilient defence they were coming on strong. Another good strike was deflected onto the post by Dunn who quickly recovered.

A through ball then found Kadey Phillips in space, but once he controlled the ball and tried to turn the defender everyone had caught up with him. He struck the ball over the bar and for a goal kick.

The Swans were made to rue earlier missed chances when a ball into the area wasn’t cleared. Ryan Beaumount struck the ball before Luke Kershaw could clear it and it flew past Dunn into the left corner.

The Swans had one more attempt at goal in the form of substitute Kai Thomas. However his volley hit the post before being cleared and the Swans were defeated.

Attention now turns to the week ahead with two games against Louth Town, one in the league and one in the Challenge Cup semi-final.