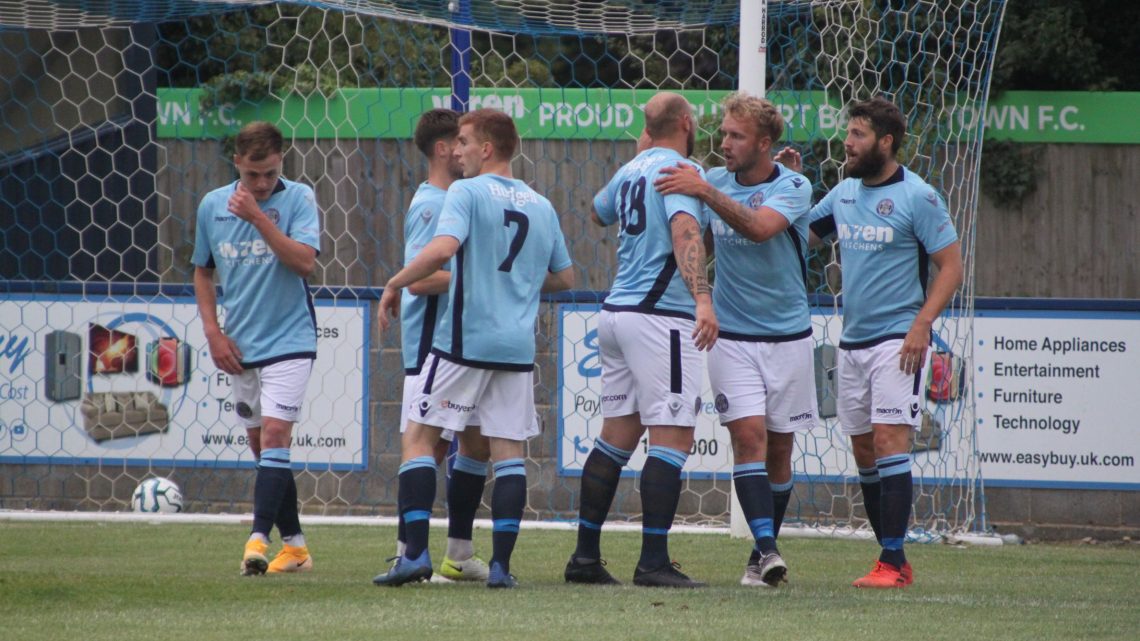 Barton Town continued their pre-season regime with a 4-0 win over Skegness Town.

Four goals in the first half from Craig King, Taron Hare, Tom Waudby and Josh Baker secured the win for the Swans in a dominant performance against a strong Skegness side.

The first goal came 13 minutes in when Taron Hare raced to keep the ball in and squared it from the byline. Craig King, making a guest appearance for the Swans, was on hand to slot it in with a neat finish.

Five minutes later the Swans doubled their lead. Scott Matthews played a short corner, received the ball back and sent in a low cross. Taron Hare struck with his shot going in off the goalkeeper in what was an excellent first half for the right back.

25 minutes gone and it was three. A long through ball was ran onto by Tom Waudby. He closed in on goal and his low shot rolled into the back of the net to put Barton three up.

The fourth came moments before the break. The ball wasn’t cleared and Josh Baker rifled it into the bottom corner from just inside the area with a powerful shot.

The second half saw the Swans continue to press and dominate, but couldn’t add any further goals to their tally. Despite excellent chances for Ben Hinchliffe, Will Waudby and Dan Trott.

Barton Town annual Fixture Booklet on its way to you!