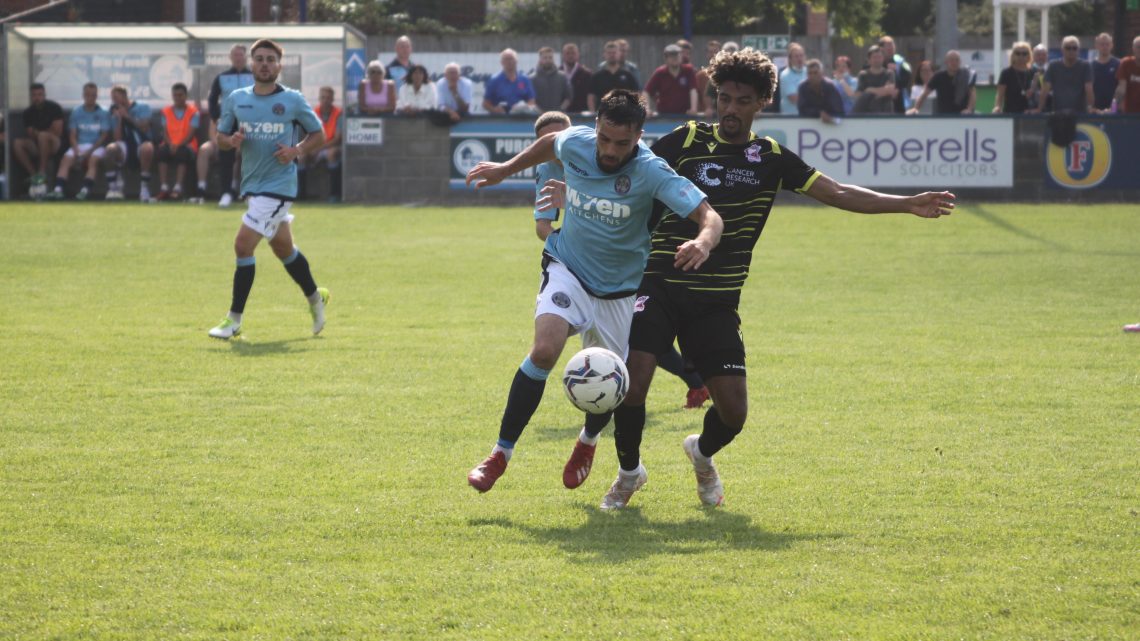 The Swans’ pre-season preparations continued with a 4-1 loss to Scunthorpe United’s first team at a packed Easy Buy Stadium.

Neil Cox brought his Iron side down the Barton to face Nathan Jarman’s team, and received a stern test from the Swans. Penalties from Ryan Loft and Alfie Beestin, as well as further goals from Beestin and Devarn Green secured the win for the visitors with Scott Matthews bagging the Swans’ goal with a well taken free kick.

After a cagey opening sequence, with both sides happy to stick on the ball, the Iron took the lead midway through the first half. Ryan Loft stepped up and slotted his penalty to the left. Charlie Dixon guessed right but couldn’t quite get to it.

The Swans had a couple of great spells of possession towards the end of the first half. Harrison Coley had a fine chance on the edge of the area which went just over. Curtis Bateson was causing all kinds of problems down the wing and Ben Hinchliffe was unlucky not to equalize with some half chances.

In the second half Scunthorpe fielded an entirely different XI, including former Swan Tom Collins in goal.

Just seven minutes into the second half Scunthorpe were awarded another penalty when Dixon brought down their attacker in the area. Up stepped Alfie Beestin who sent Dixon the wrong way and doubled the EFL side’s lead.

The final score doesn’t reflect how well the Swans played, with Hinchliffe almost halving the deficit. He was played in and he managed to prod the ball around Collins but couldn’t get the resulting shot on target.

The Swans worked hard, and took the game to a side much, much higher up the football pyramid, and they were awarded a free kick on 88 minutes. Bateson and Matthews were initially stood over it before Matthews curled it into the top right corner with a wonderful effort.

It ended 4-1 in front of a crowd of 500, the largest crowd at the Easy Buy Stadium since April 2015 when 517 saw Cleethorpes Town win 3-0. It was a good game for both sides with the Swans putting in another strong performance despite the scoreline.

Reserves in Preparation for Season Ahead