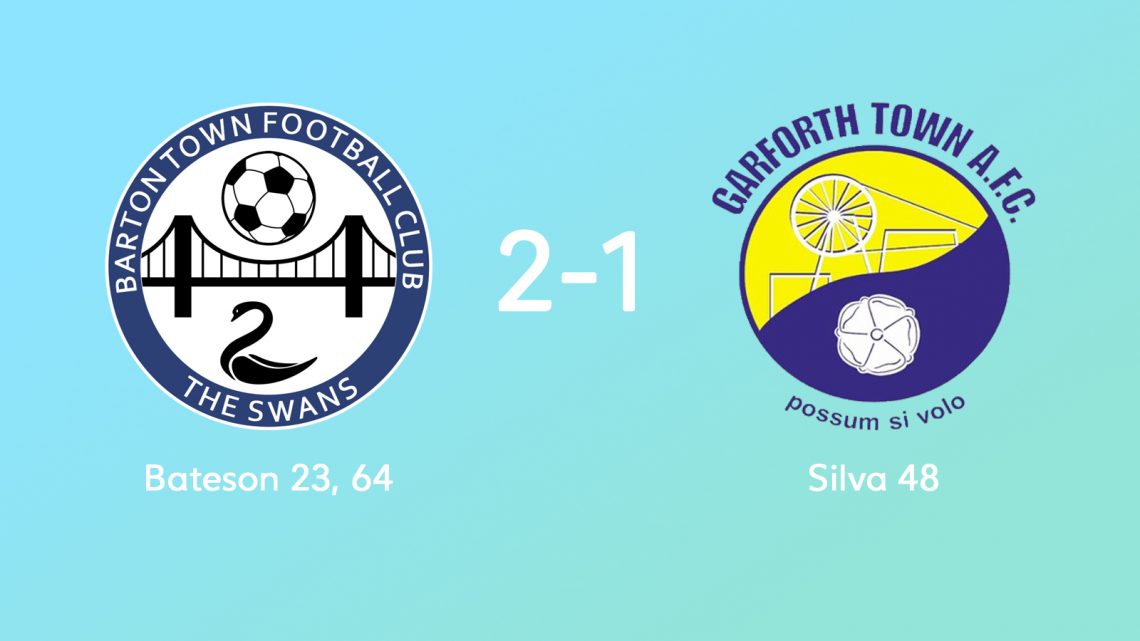 1st September 2021 Off By bartontown

Barton Town secured their first win of the season at the Easy Buy Stadium with a 2-1 win over Garforth Town.

Curtis Bateson scored twice either side of half time with Helmo Silva grabbing a goal for the visitors in a tightly contested game.

Tim Lowe made his first competitive start for the Swans in one change from our last game, the 2-2 draw against Silsden. Joe Simpson was moved to the bench with reserves players Joel Chapman and Luke Kershaw, and new signing Mitchell Levi-Lewis, who joins on loan from Ossett United.

It was an end to end game throughout, with both sides creating chances. The first goal of the game came midway through the first half. Some nice link up play between Ben Hinchliffe and Curtis Bateson was rewarded with a nice finish for Bateson, his second goal of the season.

On 35 minutes the Swans went close to doubling their lead when Harrison Coley forced a brilliant save out of Garforth ‘keeper Toby Wells. The rebound was fired over but the Swans looked strong since the opening goal.

A couple of minutes after the restart, Garforth were level. A corner was swung in and after a melee in the area, it was Helmo Silva who got the final touch to bring the visitors level.

Mitchell Levi-Lewis was introduced on 56 minutes in place of Tom Davie and from the start was energetic and offered the Swans more options in terms of attack.

On 64 minutes he proved that as he went on a brilliant jinking run into the area, beating defenders but not able to get a shot away. The ball fell to Bateson whose shot flew past Wells and into the back of the net to restore Barton’s lead.

Ten minutes from the end Joel Chapman was rewarded for his fine form for the reserves by being introduced in place of Jack Varley and didn’t look out of place, making some good contributions on the ball.

The Swans held on for the win and secured Nathan Jarman’s first win as Swans manager. Barton now head to Staveley Miners Welfare on Saturday looking to follow it up.

Swans fight back from two goals down to draw with Staveley