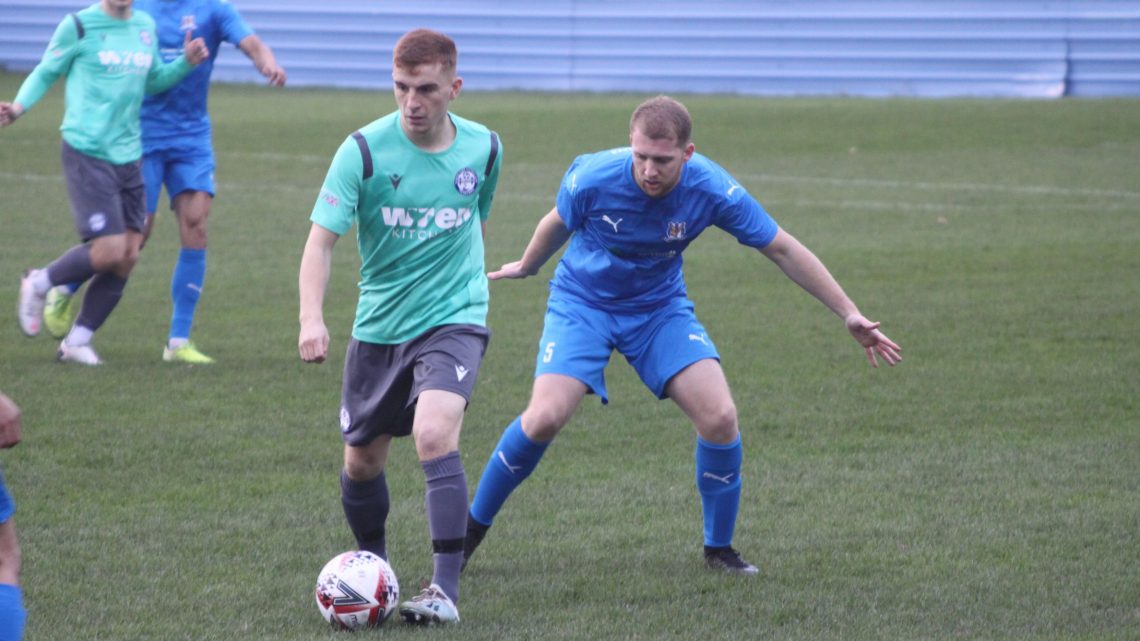 Barton Town made history by progressing to the third round of the FA Vase for the first time in the club’s history with a 3-2 win over Eccleshill United.

A Ben Hinchliffe brace either side of half time and a goal from Curtis Bateson sealed the victory on an historic day for the Swans.

Despite some injury concerns, the Swans were almost full strength, with only Scott Matthews missing through suspension. Tom Davie coming in to replace him.

Tom Waudby was first to create a chance for the Swans after some neat build up play from Hinchliffe. He played it to Waudby but his shot was at the goalkeeper.

The deadlock was broken after 20 minutes however after a great cross from Tom Davie found Waudby at the back post. He headed it back across goal and Hinchliffe was on hand to head it in.

At the other end Mike Emery pulled off a brilliant point blank save to deny Jonny Irving when the Sumaili Cissa squared the ball to the Eccleshill attacker. His first time shot was saved by Emery and cleared.

The hosts were galvanised following the opening goal and were given their reward when Cissa won a penalty after being clipped by Emery. Eccleshill skipper Talent Ndlovu dispatched the penalty to equalise.

Soon after the break the Swans were on top, and were rewarded when Harrison Coley’s shot was parried into the path of Hinchliffe, who tapped it in for his and Barton’s second of the game.

With 20 minutes left to play Curtis Bateson made his long-awaited return from injury. Five minutes later he was on the scoresheet. Some great work on the right side from Waudby and Coley teed up Bateson who coolly slotted past the keeper to give the Swans a two goal lead.

The hosts were back into it soon after with Cissa grabbing a goal to set up a tense finish for the Swans. A couple of vital blocks and big saves from Emery saw the Swans secure one of the biggest wins in the club’s history.

Hear the thoughts of Swans Manager Nathan Jarman after our historic 3-2 win over Eccleshill United in the FA Vase Second Round.