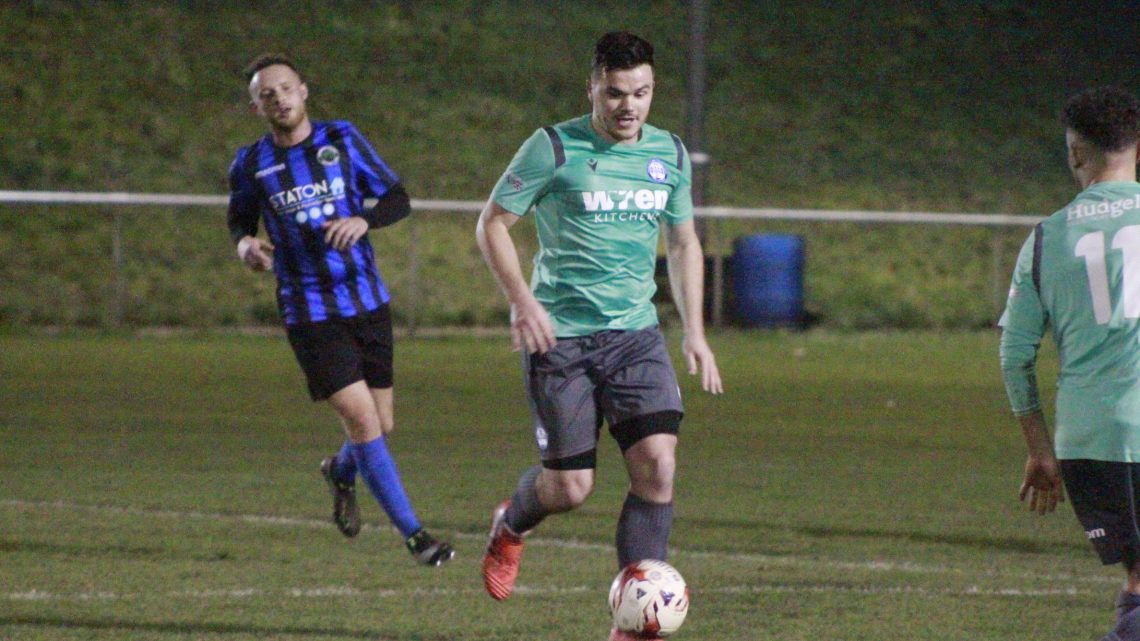 Barton Town battled for a tough 1-1 draw at Sherwood Colliery and maintained their incredible unbeaten run.

Following a cagey opening few minutes, the Swans grew into the game and took the lead through Jamie Goddard’s header just before half time. Sherwood came on strong and dominated the second half, with an unfortunate Harry Middleton own goal getting the hosts back on level terms.

Jamie Goddard was handed his 50th start for the club with an unchanged starting lineup with Scott Matthews returning to the bench having been suspended for the FA Vase game at Eccleshill.

The hosts started the stronger side, with the Swans taking a little longer to get settled into the pace of the game. However the first big chance of the game fell to Barton with Harrison Coley bursting forward with a mazing run before playing in Ben Hinchliffe. His first time effort was saved by the goalkeeper.

Both sides exchanged half chances, Harry Middleton went close for the Swans with a curling effort from the edge of the box which went just wide.

Shortly before half time the Swans broke the deadlock. Grant Tait received the ball on the right hand side and delivered a beautiful cross which was met by the head of Goddard, heading in his third goal of the season.

The second half saw Sherwood come alive, they started to dominate proceedings with the Swans holding out resolutely.

The sides exchanged half chances and with 20 minutes left to play the Swans had a penalty shout turned away when Hinchliffe was brought down in the area. The referee uninterested in the protests from the Swans.

Five minutes later and Sherwood were level and on the balance of play the equalizer was deserved. A counter attack saw the ball fizzed into the area. Josh Lacey tried to clear the ball but it ricocheted off Middleton and into the back of the net.

In the dying minutes the Swans almost stole the win. A poor Sherwood clearance found Coley, who played in Hinchliffe before being tackled. The referee played advantage and Hinchliffe’s shot was cleared off the line by a scrambling Sherwood defence.

A hard earned draw for the Swans against a side who before tonight had played eight games at home, losing one and winning seven.

The unbeaten run now stands at 15 games, eight wins and seven draws, with a trip to Knaresborough next up.

Hear the thoughts of Swans Manager Nathan Jarman after the Swans’ 1-1 draw at Sherwood Colliery.