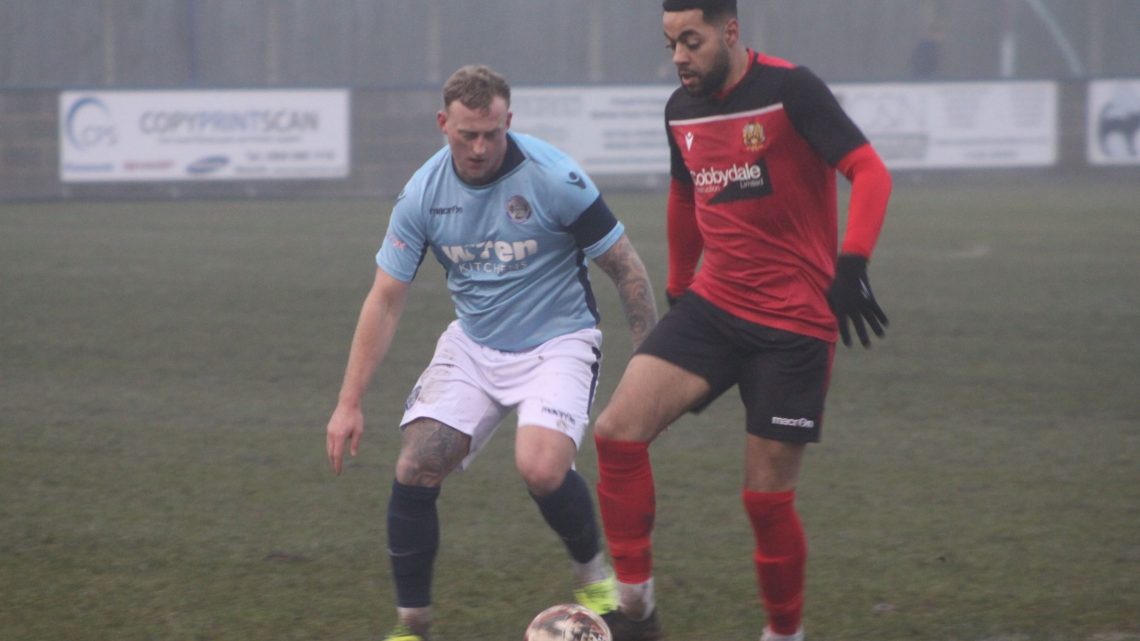 A cold and foggy day by the Humber resulted in the points being shared with the Swans and Silsden scoring four apiece.

A Tom Waudby brace on his 1`50th appearance for the club, as well as a Jamie Goddard overhead kick and another wondergoal from Curtis Bateson sealed the point for the Swans in the final home game of the year.

The Swans started the stronger side, with Hinchliffe and Goddard both having chances within the first ten minutes. Neither could convert. Silsden were then next to have an effort as their striker was played through on goal. He ran into the area but his shot trickled wide.

It took 20 minutes but the first goal of the game finally came, and it was none other than Waudby. A fine run from the right side saw him scythe through defenders, running across the face of goal before delicately lifting the ball over a diving goalkeeper to put the Swans ahead.

Hinchliffe almost doubled the lead when he broke through on goal but his shot was saved by the goalkeeper before getting to the rebound. He laid it off to Bateson whose first time shot went wide, but the Swans soon doubled their lead in spectacular fashion.

Waudby was fouled on the edge of the area, and Bateson’s free kick was well saved by Sammy Lee in the Silsden goal. The rebound fell to Hinchliffe who crossed it over for Jamie Goddard, whose overhead kick beat the goalkeeper to put the Swans two ahead.

The visitors dug in and got a goal back before the break as Jack Normanton’s shot was low and under Mike Emery to half the deficit for Silsden.

Soon after the break the lead was back to two as Bateson ran across the edge of the area from the left before curling his shot into the top right corner. His second goal in as many games.

A crazy seven minute spell punished the Swans for not capitalising more on their first half dominance when Normanton scored twice to complete his hat-trick before Bradley Riley added a fourth for the visitors to go from two down to one up.

A threadbare defence, with Taron Hare and Tom Davie missing, Scott Matthews playing while not fully fit, and attacker Kian Salter at full back kept fighting and were resilient in defence.

Not to be outscored on their own pitch, the Swans added a fourth of their own when a corner came in and was headed in by Waudby. His third headed goal in a week.

An end to end conclusion to the game failed to find a winner with the Swans having half chances but not quite able to find the breakthrough. The unbeaten league run stands at 13 games as the final home game of the year resulted in a point.