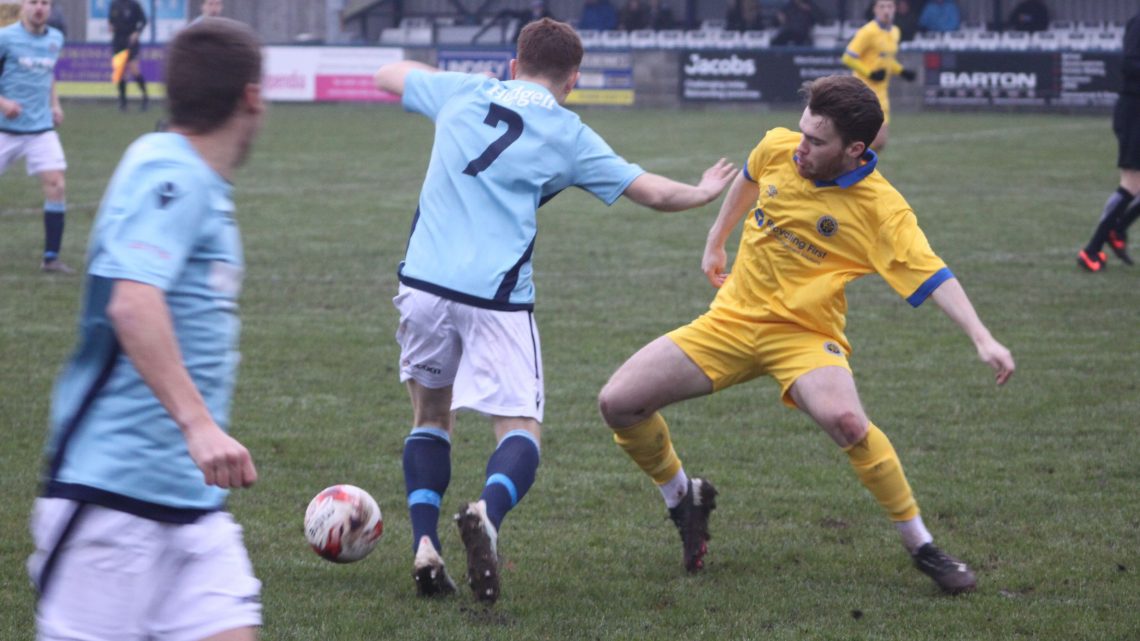 Barton Town returned after a month of no games with a comfortable 3-1 win over Staveley Miners Welfare at the Easy Buy Stadium.

The Swans led through a Sam Kay own goal before Ben Hinchliffe scored a second. Rieves Boocock pulled one back for Staveley but a dominant second half for the Swans saw Hinchliffe add another to seal the win.

Will Waudby returned to the Swans over the Christmas break and was handed his second debut by Swans boss Nathan Jarman. Harrison Coley replaced Harry Middleton who’s returned to Cleethorpes.

The Swans began the game the stronger side, with the first chance coming just four minutes in. Tom Davie’s ball over the top found Tom Waudby, but he couldn’t direct his header at goal. Hinchliffe was next to have a header go just wide following a Curtis Bateson cross.

It took 13 minutes for the Swans to take the lead. Grant Tait played a low driven cross into the area aiming for Hinchliffe. The ball was prodded by Staveley defender Sam Kay into his own goal as the visitors conceded their first goal in six games.

The Swans were good value for their lead, defending and attacking strongly in equal measure. It wasn’t long until the lead was doubled. On the half hour mark Elliott Vasalo received the ball on the left and sent it low into the area with Hinchliffe shooting first time into the back of the net in a flowing attacking move.

Five minutes later however Staveley had one back. A momentary lapse in concentration from Barton saw the ball played in and Rieves Boocock slotted the ball past a wrong-footed Mike Emery.

The second half was largely one-way-traffic for the Swans. Chances galore. Tom Waudby and Hinchliffe causing all kinds of problems for a resilient Staveley defence. Rio Alberry had an excellent game in the Staveley goal.

63 minutes in and the three points were secured. The ball was played in from the right and Hinchliffe curled it first time into the top corner to score his 17th of the season.

The rest of the game saw the Swans comfortable with Tom Davie almost adding a fourth when his initial shot was saved, and his rebounded volley went just wide.

The Swans took another three points, remained unbeaten in 14 in the league, and it was a good send off for Grant Tait, who played his final game for the Swans before moving to Australia.

Below are the thoughts of Swans Manager Nathan Jarman. He speaks about a solid performance, Will Waudby’s debut, and how much of a miss Grant Tait will be.