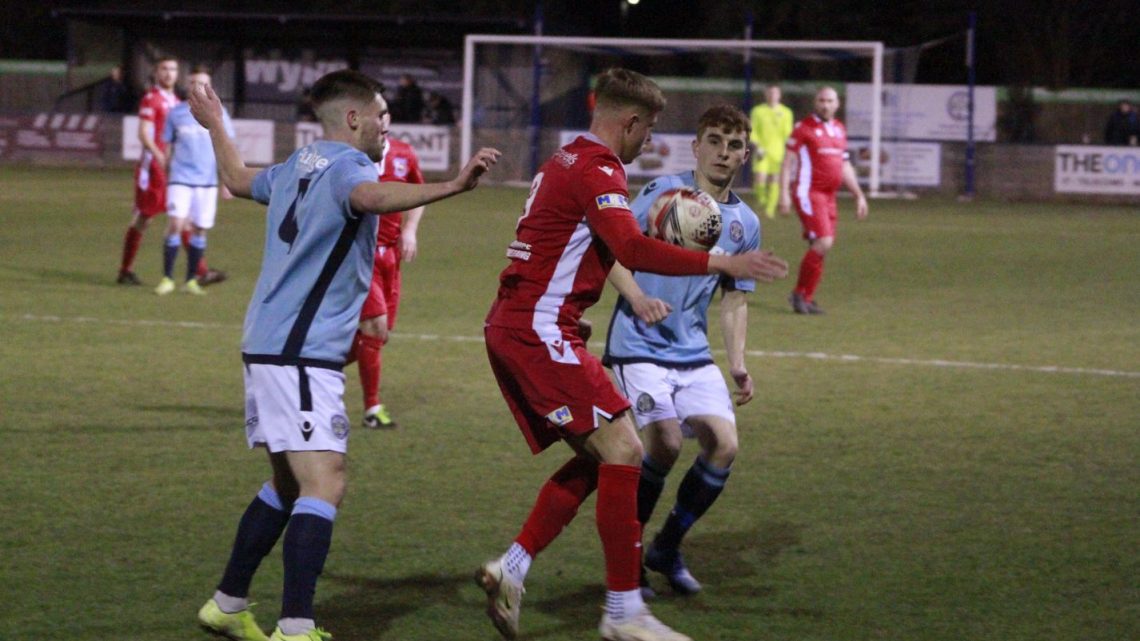 Barton Town were soundly beaten by Lincolnshire rivals Winterton Rangers at the Easy Buy Stadium in front of a bumper crowd.

Ryan Thompson scored early for the visitors, before three goals in 15 minutes towards the end sealed the Swans’ fate.

The first chance resulted in a goal as Thompson pick-pocketed Will Waudby. He cut inside and struck the ball low past Mike Emery to give the visitors the lead.

The Swans were trying to make things happen. Tom Waudby almost scored with a lovely turn on the edge of the area, evading two defenders before his shot was saved by Nathan Popple.

Thompson almost scored again 25 minutes in when his volley from the penalty spot was blocked and out for a corner.

Barton’s best chance came shortly before the break when Ben HInchliffe crossed the ball to the back post. It was met by Jamie Goddard but his volley was over the bar.

Winterton had one more chance to double the lead before half time when a defensive mishap played in Josh Walker. Emery produced a fine save to deny the NCEL top scorer before Thompson’s rebound was over the bar.

The Swans had a couple of good chances after the break. Two Taron Hare volleys from a corner were blocked and cleared before Harrison Coley’s header from a Tom Waudby cross was saved by Popple.

Reserves striker Jacob Sweeting was brought on for the last half hour, and produced an excellent display of pace when he chased down a through ball. He beat two defenders to it but his lay-off to Scott Matthews was out for a throw-in.

20 minutes from the end the lead was doubled when Emery came out to meet the ball. He tried to evade an attacker but slipped up. The ball was crossed in and a receptive Walker headed into an empty net.

Five minutes later Winterton had a penalty as Jaime Ture was brought down by Tom Waudby. Steve Ridley stepped up and slotted it past Emery.

A fourth was added shortly before full time when a melee in the area ended with Walker prodding home his second of the night as the Swans looked well beaten.