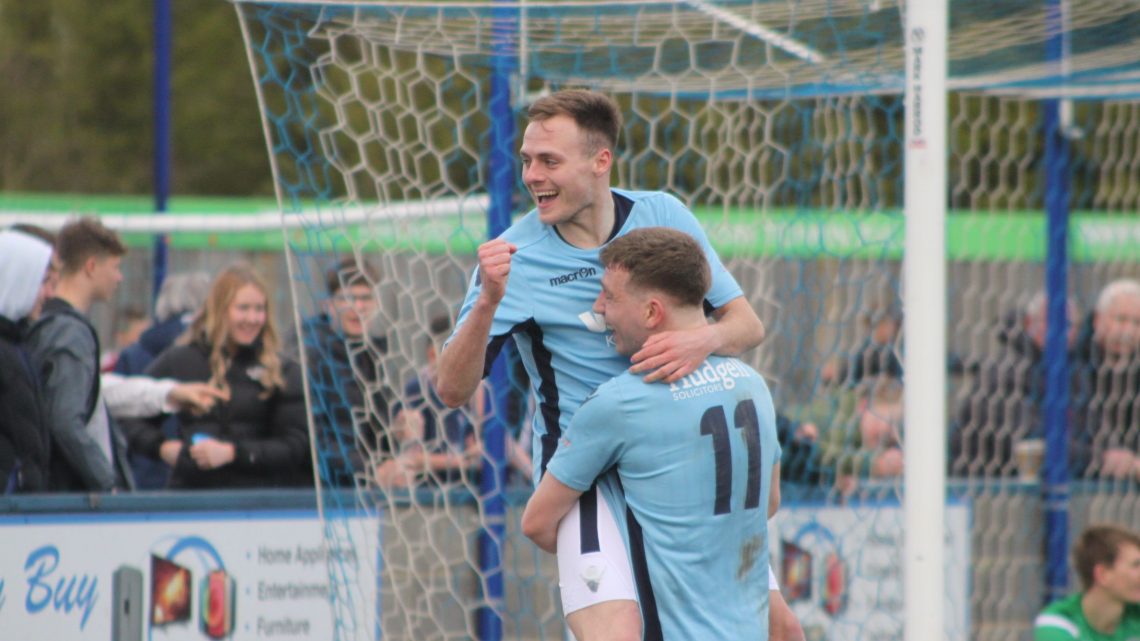 Barton Town put in a Jekyll and Hyde style performance in the 1-1 draw with Sherwood Colliery at the Easy Buy Stadium.

Following a poor first half, which saw the visitors capitalize on a defensive mishap to take the lead. The Swans came out in the second half and made a barrage of chances, with only one taken by Ben Hinchliffe and were unlucky not to take all three points.

It took just five minutes for Sherwood to take the lead. A defensive mix-up between Charlie Dixon and Josh Lacey saw Sherwood nick the ball, and Ryan Ingram saw his initial shot saved by the recovering Dixon, but he curled in the rebound.

The Swans were then awarded a penalty on 17 minutes when Tom Waudby stole the ball from the goalkeeper but was brought down when trying to score. Tom Davie stepped up but yet again the Swans missed. His shot saved, the third missed penalty in a row.

On the half-hour mark William Norcross received the ball and sliced through the Swans defence. He broke through but Dixon was on hand to save the shot. Barton were trying to make things happen but were lacking that final touch needed.

Swans Manager Nathan Jarman wanted a response after the break, and he got one. Davie was played in but hit his effort high and wide. Moments later some good work from Will Waudby on the left side saw him cross it to his brother Tom. His volley from six yards out went just over the bar.

Another well worked cross from Will Waudby was squandered by Davie, who was then brought off in place of Ben Hinchliffe, who returned from a hamstring injury.

With 15 minutes to go, Tom Waudby broke through on the right. His shot was mis-hit and fell to the Sherwood defender. He then mis-hit his clearance, and the ball fell to a grateful Hinchliffe. He tapped in from two yards out to score his 21st of the season.

He almost had a second when Tom Waudby’s cross was headed just wide of the goal.

Shortly before the end Josh Baker from brought off and replaced by Kadey Phillips. Another of the Reserve team players given a first team debut by Jarman.

The Swans couldn’t quite find that winner after a much better performance in the second half. A point earned against a top six side.